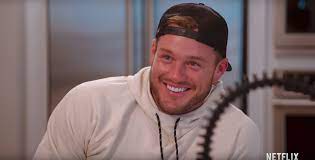 In April, Colton Underwood, a former professional athlete who’d been the lead of the reality franchise “The Bachelor” just two years prior, came out of the closet on “Good Morning America.” When considered in the most forgiving of lights, it seemed in the moment like a positive, potentially helpful thing. Prior to his interview, Underwood had been the subject of an ongoing scandal involving Cassie Randolph, the woman he’d chosen at the end of his “Bachelor” season. She had alleged Underwood had stalked her and placed a tracking device on her car, prompting her to file a restraining order against him. That’s a lot for the viewer at home to look past, but Underwood’s confession of internal torment and his looking to a more open and honest future suggested he was working to be better, to be a new man, in his post-television life.

But for Underwood, change doesn’t happen off-camera. And the new Netflix reality series “Coming Out Colton,” announced after its star’s seemingly open interview with Robin Roberts, suggests that there is little that Underwood won’t leverage to rebuild his public image and seek new opportunities. Produced by Jeff Jenkins (of “Keeping Up With the Kardashians” and “The Simple Life,” among others), “Coming Out Colton” is a distasteful extension of a brand that doesn’t mean much to begin with.

The series apparently intends to further destigmatize the process of coming out. On its way to that worthy social goal, though, it wrings out drama, with the first two episodes ending on cliffhangers as we wait to see how straight men in Underwood’s life will react. The actual scenes of Underwood declaring he is gay to family members and associates from his football career tend to have an airless quality, as though they were restaged versions of reality. Whatever the case, Underwood, amiable but blank, remains stiff on camera even after having unburdened himself.

Part of Underwood’s lack of charisma on the series can, perhaps, be chalked up to the oddity of going through these rites of confession on camera; part may be due to his discomfort, still, with the subject matter. Underwood appears to place a premium on being seen as masculine, and his scenes with the more garrulous out gay Olympian Gus Kenworthy attempting to play mentor carry with them a vicarious awkwardness that the show shies away from rather than exploring more deeply.

But that, again, is an interpretation that is maximally generous to Underwood. He may also look uncomfortable on camera because he’s concealing something. He admits that he literally cannot discuss the end of his relationship with Randolph in detail for legal reasons. This, and Randolph’s absence, present a structural problem for a show that must talk around the harm Underwood did to another person in the process of finding himself.

Underwood has been through his share of pain; what he is able to discuss includes a suicide attempt. Plenty of queer people can relate to that anguish. But plenty, too, move forward without having restraining orders filed against them for alleged misconduct, and do so without turning the moment into a money-spinning operation thanks to Netflix’s largesse. Even something as direct as the Roberts interview — which, in a vacuum, appeared well intentioned — grows unduly complicated when refracted through “Coming Out Colton’s” storytelling. On the show, Underwood is shown as arriving at the decision to speak to Roberts in conversation with his father, which even the less media-savvy members of the audience must be able to understand is some small part of what likely made the interview happen. What’s excluded comes to speak louder than the bland thing that makes it to air. And an element of Underwood’s experience that he had described in an interview with Variety, that his coming out was presaged by a blackmail threat, never enters this sunny universe.

The intended audience for “Coming Out Colton” is unclear. Straight allies among “The Bachelor’s” viewership might have had reason to applaud Underwood but for the fact that the relationship he forged on the show ended with acrimony and with Underwood’s allegations of threatening behavior. (Nevertheless, one of the women he dated on his season appears to lend her full-throated support, as if to gesture toward his someday being welcomed back into Bachelor Nation.)

As for LGBTQ audiences, I suspect many will be astonished that this series closes with a montage of great gay-rights pioneers throughout history, culminating in Harvey Milk speaking in voiceover, telling viewers, “You’ve got to give ’em hope.” If the implication is that this is what Underwood, by selling a fractional portion of his complicated life to a streaming service, has done, he’s more audacious than he seems. It’s easy to be glad for Underwood that he’s now living on his own terms. That those terms include a tactical avoidance of responsibility — and a refusal to allow a powerful moment in his life to go unrecorded — suggests that Underwood has a lot of learning to do. Maybe someday, with mentors who show up even when the cameras aren’t flashing, Underwood can be made to understand that opening up to the world is a powerful process that allows you to live as yourself, not simply to turn the page on who you’ve been.