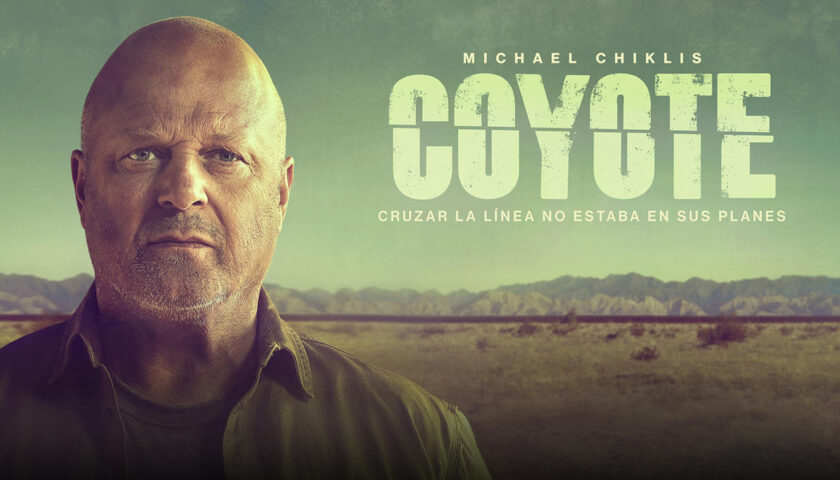 The man in the car takes out his shotgun, and as he’s about to do something, he hears someone running through the woods. It looks like a teenager; when the kid disappears from his sight, the guy curses, goes back to his cabin, and finds that the diamonds he hid in his safe are gone.

We then see a bus full of teenage Scouts going through those same woods in the daytime. They’re going to summer camp, where they split into animal-named teams and compete to see which group has the best survival skills. The Coyotes are an especially close-knit group, and they have a new member: Kevin (Louka Minnella), best friend of Furet (Kassim Meesters) and younger brother of asshole scout leader Doberman (Félix Vannoorenberghe).

Kevin has had his issues with drugs, and his dad catches him trying to sneak some into camp. Doberman wants to make sure his brother doesn’t mess this up, so he’s extra hard on him.

Meanwhile, Marc Moyersoen (Steve Driesen), a customs agent, is running a stolen jewelry ring, and the usual guy he gets to fence his ill-gotten goods, Toni, isn’t around. He enlists his sister Dona (Magaly Texeiera) to fence his latest finds. She thinks he had a fight with his girlfriend Marie (Dara Tromboff), the daughter of Anne-Françoise (Valérie Bodson), whose property the camp is on.

Feeling trapped, Kevin asks to get some air. He goes into town to get some weed, and runs into a wrestling match/party. Marie, thinking he’s Toni, dumps a beer on his head. But even when she sees it’s someone else, they’re immediately attracted. She gives him something better than weed, and once Dona threatens her, they escape on a bike to a wooded lake. When the MDMA kicks in, they do the things that kids on MDMA do. The next morning, still high, Kevin dives into the lake, finds an underwater cave, and sees a bejeweled woman giving him a handful of diamonds.

When Furet finds him and drags him back to camp, Kevin lets his buddy in on the secret. Furet wants to see where he got the diamonds to make sure he didn’t leave any evidence behind. When they get back to the underwater cavern, though, Kevin knows that the situation isn’t as ideal as it seemed when he was high.

It’s tough to get a handle on Coyotes after the first episode because the caper is just setting itself up by the time we get to the end of that episode. There are some broad strokes given to the rest of the cast, from team leader Mangouste (Sarah Ber) and her struggles to assert herself to the newfound religious fervor of the other girl in the group, Panda (Victoria Bluck). But for right now, we’re centering on Kevin, Furet, Marie and Marc.

Where the show will really prove itself is when Kevin decides what to do with the diamonds he found. After the first episode, he now knows it wasn’t some magical mermaid that gave it to him, it was someone who was either dead or gravely injured (maybe Toni)? And they don’t know it, but Marc is going to be after him.

The other interesting part about this story is that Marie has an idea what might be in store for Kevin. Will she try to protect him or will she try to go back to Toni?

All of these questions have the potential for interesting answers, and it’ll give the other characters a chance to develop. We just hope that when the situation spirals, it spirals in a way that’s thrilling and not silly.