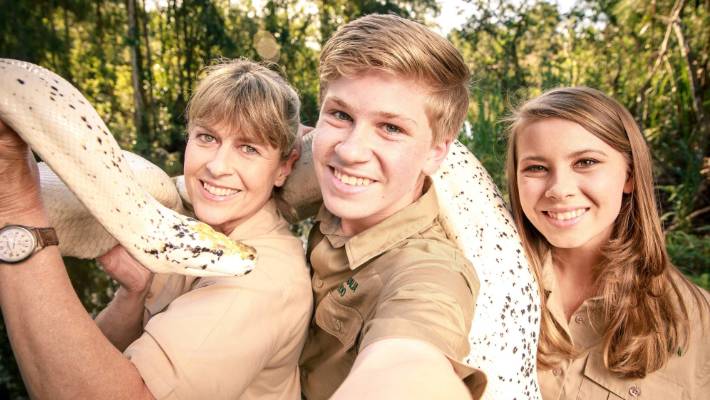 Review: The word “performance” has many connotations. When a 5-year-old “acts up” or a president “plays to his base”, they’re highly unlikely, for example, to receive the same bouquets as an ageing thespian treading the boards in Stratford-upon-Avon. And when an Oscar is handed out for “best performance by an actor in a supporting role”, it’s accepted that it’s not for an outburst after discovering their pinot hasn’t been served at 14 degrees.

In the world of reality telly and documentaries, especially, performance is a peculiar concept – these people aren’t actors, so do we really want them performing? Wouldn’t it be more honest if they were just being themselves?

When Steve “The Crocodile Hunter” Irwin, for example, dangled a chicken carcass in front of a nearly 4-metre saltwater croc called Murray as part of his Australia Zoo show, he could just about get away with saying he was spreading a conservation message.

When, in January 2004, he did it while cradling his infant son Robert, there was an outcry. Headlines screamed “stunt”, Irwin’s wife Terri countered with “wonderful sensory experience” – just two more synonyms for “performance”.

Less than three years after baby Robert met mighty Murray, he lost his dad to a stingray barb. The Croc Hunter had been performing again – this time wearing a snorkel and looking to film footage for his daughter Bindi’s nature doco, Bindi the Jungle Girl.

So it’s a bold move by the Irwin family to put performance, once again, at the heart of the opening episode of their new TV series, Crikey! It’s the Irwins.

Now 14, Robert tells the camera he was “about a month old when I had my first introduction” to crocs, wryly referencing his Dad’s controversial feeding show, then trains for his first croc feed demonstration in front of a crowd at Australia Zoo’s Crocoseum.

“Crazy uncle” Wes Mannion then ups the ante by revealing Robert’s first show will involve the 350kg, 3.7m Graham – a beast that once mauled Steve and nearly killed Wes. He also peppers his dialogue with poignant references to how much Robert has grown to look and act like his late dad. This first show is a “rite of passage”, “the acorn doesn’t fall far from the tree”, and “he’s a chip off the old block”, he tells the camera through tears, before chasing the youngster through a cloud of dry ice into the arena. What a performance – there’s not a dry eye in the house.

But just as The Crocodile Hunter used entertainment as a way in to serious conservation messages, so Crikey! It’s the Irwins also pushes genuine nature doco causes.

This tends to be Terri and Bindi’s domain, with the 20-year-old fawning over koala Cedar and her rare twin babies and making slightly breathless-but-deep comments such as: “Home is good, it’s where the healing’s done.” One gets the impression that she’s not just talking about Cedar’s eucalyptus-strewn enclosure.

Because of the resurrection of The Croc Hunter’s “Crikey!” catchphrase, and because the whole show works as a giant advertisement for the family business – Australia Zoo –  it’s easy to see the major players’ performances as self-promotion. This, after all, was one of the major reasons why Steve Irwin himself acted as a lightning rod for controversy.

But it’s also telling that the opening episode’s best performance comes from a passionate opening monologue recorded by Steve in 2004, in which, choking back tears, he talks about his “proudest moment” being when he realises he can step aside and let his kids “run up our mission”. That moment has now come, and whether you thought he was genuine or just an actor, it’s genuinely heartbreaking to think he’s not around to watch it play out.

My favourite purveyors of reality TV performance – the Kilcher clan from Alaska: The Last Frontier – are back this week for an eighth series of hard-sloggin’, bear-shootin’, homestead-livin’ adventures.

Who cares that their 640-acre wilderness ranch is actually a 20-minute drive from downtown Homer (where the Chamber of Commerce boasts of “museums, art galleries, fine dining and seaside accommodation”)? And who cares that most of the drama is probably manufactured in the cutting room?

Watching what’s now been seven years of these straight-talking outbackers gab about “taming the land”, catch and preserve their own food, skidoo across glorious mountainscapes, and train their rifle-sights on assorted wildlife has provided hours of wonderful escapism.

They also seem comfortable about playing to the cameras, happy to give a knowing wink when they know they’re stepping away from cold, hard reality. The first episode, for example, opens with Atz Lee and Jane yodelling their way to the start of a caribou hunt among the landmines of Adak Island and ends with them dancing in the deserted streets of an abandoned US army base. It also includes Otto and Eiven joking about their lives being like The Revenant while ripping apart a spruce hen.

It might not be real frontier life, but it sure is entertaining.

Alaska: The Last Frontier is on Discovery Channel, Wednesdays from November 7, at 7.30pm.