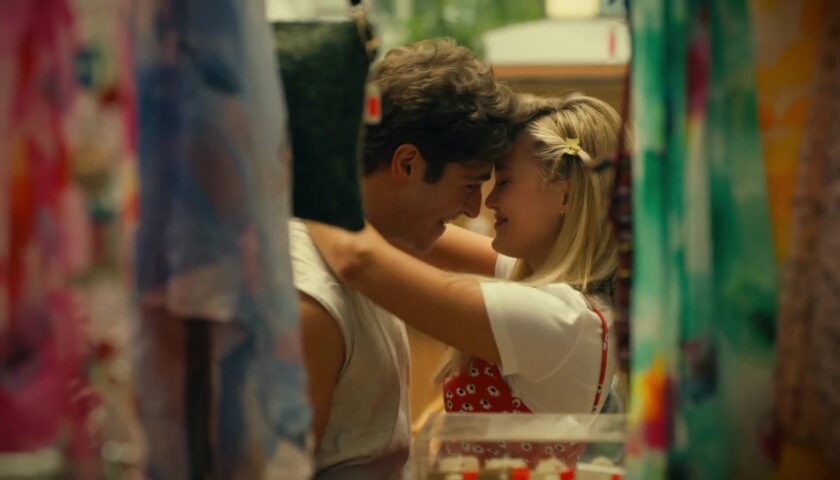 Freeform’s Cruel Summer premiering at SXSW has me hooked and begging for more. It will be this Summer’s great mystery drama.

Nostalgia is a powerful thing. 80s nostalgia was at an all-time high about five years ago. Stranger Things and It were huge. The “Gag me with a spoon” gave way to “As if,” and the nostalgia train left the station. Freeform’s 90s era who-done-it Cruel Summer is poised to be the next breakout hit. Part teen drama and mysterious thriller, it is the show everyone will be watching. For fans of USA’s Dare Me, Cruel Summer is a perfect follow-up. It is engrossing and addictive from the first moment. The first episode, which premiered as part of SXSW’s episodic lineup, is all that and a bag of chips.

Told over three distinct timelines, Cruel Summer is the story of a popular girl that goes missing, one newly minted It girl, and the most hated girl in America. The catch is two of those are the same girl. In 1993 Kate was beautiful, popular, and the Queen Bee. By 1994 she is missing, and Jeannette, who was previously awkward and shy, is dating Kate’s ex-boyfriend. She has exchanged her childhood friends for Kate’s crew of cool kids. By 1995 Kate is back, and Jeanette is now on trial. Her family, friends, and entire life have changed again. How did the sweet shy girl change not once but twice over three years, and what really happened to Kate?

To say you can’t stop watching is an understatement. Chiara Aurelia(Jeanette) transforms effortlessly into three separate people effortlessly. Her ability to move seamlessly between the three timelines is a talent highlighted by Showrunner Tia Napolitano’s astute eye. All three timelines weave in, and out of the episode so quickly it could induce a nasty bout of whiplash, but they look, feel, and sound so specific it is easy to distinguish which timeline you are in immediately. Aurelia herself essentially plays three characters, and all of them are achingly 90s era girls. She is the linchpin of the series. Her wide-eyed face broadcasts every emotion. Is she a placid psychopath? Is the picture-perfect Kate a deceptive monster?, Or are both girls so desperate for attention they are willing to do anything?

The first half of the pilot episode develops Jeanette’s world in dizzying speed but quickly finds a more palatable rhythm as the last half of the episode is riveting. It’s a big ask to achieve three worlds, three stories, a complete set of characters, and a murder mystery in forty-five short minutes. Still, Napolitano expertly balances the need for exposition with a dazzling array of questions. The end of the first episodes will leave you confused and desperate for clues.

Executive Producer Jessica Biel has a talent for finding these chillers, having produced Limetown and The Sinner on USA over its three-season run. Cruel Summer is the same sort of wildly speculative series as How To Get Away With Murder and HBO’s Big Little Lies. These are the sorts of shows that suck you in quick and hold you in the undercurrent of deceptions and misrepresentations. They are perfect for summer viewing because they are heavy as night but seem easy-breezy.

There are many moving pieces on this puzzle box, and so far, each is given just enough attention to have me begging for more. The only thing cruel about Cruel Summer is having to wait for more episodes. It premieres on Freeform on April 20th with new episodes each week.