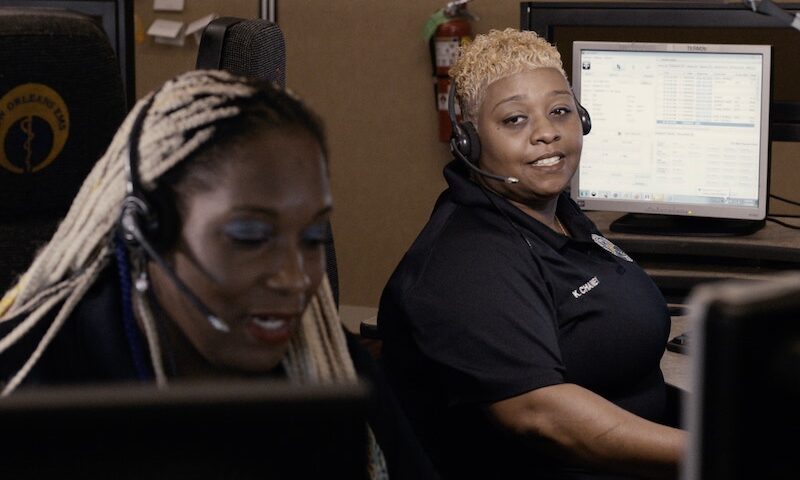 There’s been a lot of emphasis this year on recognizing and thanking essential workers, but that’s a pretty broad term and one that can’t possibly call to mind all of them. ABC’s new unscripted series, Emergency Call, shines a spotlight on the community heroes on the receiving end of 911 calls, helping to get people the emergency support they need as fast as possible. We often look to TV to entertain, but Emergency Call also educates about what it takes to answer the call.

Luke Wilson hosts the show, introducing segments from call recipients in Austin, New Orleans, and Wasilla. A disclaimer at the top of the show states that in some cases, the actual calls have been re-recorded or modified for time, although the footage of the emergency call employees is allegedly real. While they at times feel authentic, the documentary subjects often seem so aware of the cameras that they are almost playing to them.

The show is very serious more often than not, although I was surprised to find a few moments of levity scattered throughout. None of the calls depicted are intentionally funny, but you can’t help but laugh as one of the responders in New Orleans asks for details about a reported naked man in public and the caller describing the offender with a little too much detail. The calls occasionally take unexpected twists as well, with the expected outcome taking a pleasant left turn.

One limitation of the series is that they can only provide viewers with the events that occur inside the call centers. Shots of streets, houses, or woods are often used as a suggestion of what the locations look like, but you’ll never see the emergency responders arriving on the scene or the callers themselves. The series’ main visual aid is actually an animated map that places pins where the callers are and shows colored lines indicating the fire department, ambulance, and/or police as they race to assist the caller.

Overall, Emergency Call paints a gripping portrait of the high anxiety of many 911 calls and the people who spend twelve-hour shifts responding to them over-and-over. It gives credit where credit is due, shining a spotlight on some incredible essential workers. It may not make for must-see viewing that will keep you coming back for more, but if you happen to catch it, you certainly won’t be bored. I give Emergency Call  3 out of 5 face down cell phones on a call center desk.