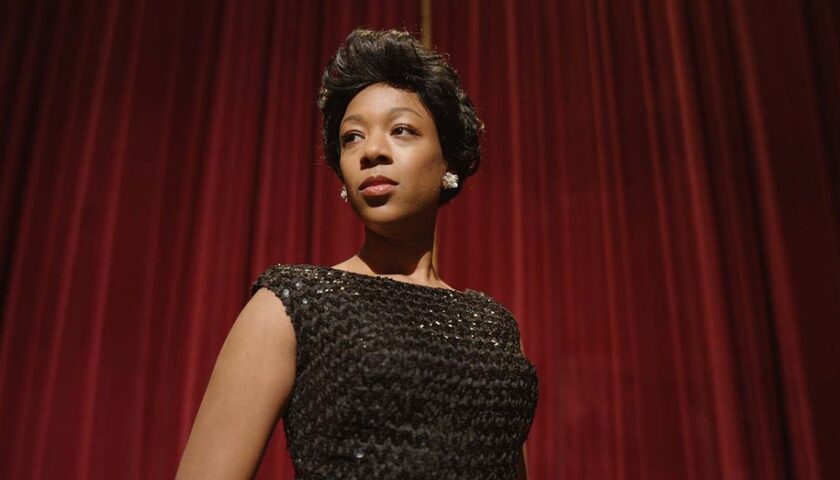 Equal is an ambitious, fast-paced, dynamic, creatively told, often gripping and frequently moving four-part docu-series landing on HBO Max this LGBTQ History Month to remind us that queer history in the USA did not begin and end with the Stonewall riots in June 1969. The final episode though, Stonewall: From Rebellion to Liberation, directed by series showrunner Stephen Kijak (who also directs episodes one and three), does focus on that crucial event and its legacy, having set the scene for its occurrence throughout the series. It gives us a visceral sense of what it was like to be there during those nights of uprising; the heat, the confusion, and the shattering glass on the ground shimmering in the full moon. Using rare and sometimes previously unseen archive film footage, photographs and audio recordings, as well as beautifully conceived and emotionally potent direct-to-camera monologues from an impressive, largely LGBTQ+ identifying cast, throughout the series we are introduced to often overlooked activists and trailblazers, along with key demonstrations and acts of queer rebellion.

Wisely Equal doesn’t present itself as a comprehensive American queer history, but more as a tantalising and insightful primer to enthuse viewers to go on to explore these queer forebearers and events further, and perhaps find some unsung heroes for themselves. As a result of the time constraints of just four approximately 40-minute episodes, it can occasionally feel like there isn’t as much depth given to a particular event or figure as they deserve, however a richness is added by some great referencing between episodes, connecting and building upon the knowledge we’ve been offered. For instance, in episode one, The Birth of a Movement, we’re introduced to Mattachine Society founder Harry Hay then in the final episode we hear what he had to say about Stonewall. Furthermore, what the series might sometimes lack in terms of duration and detail, it certainly makes up for with emotional potency, allowing our queer ancestors to tell their own stories either directly through first person archive, or through the actors who portray them. And by choosing its focus carefully, Equal never feels hurried or cluttered.

Unlike many historical documentaries, the series doesn’t parade a raft of talking heads offering retrospective analysis and commentary. However compelling and enlightening that traditional approach can often be, here Kijak and Kimberly Reed (who directs the second episode, Transgender Pioneers), allow these LGBTQ+ figures to speak for themselves. When the archive materials of certain subjects aren’t available, or to enhance the narrative even when they are, the directors combine theatrical and filmic techniques to great effect to present their actors as they channel and inhabit these figures, beautifully shot by cinematographer Ava Benjamin Shorr. As we are presented with offensive and degrading newspaper headlines and hear our LGBTQ+ ancestors being disparaged and sensationalised, it’s striking that it is instead those queer voices from the past which are allowed to break through that noise to be centred and amplified.

Among the wealth of nuanced performances, Alexandra Grey delivers a deeply moving portrayal of Lucy Hicks Anderson, a Black trans Prohibition era socialite and brothel madam who eloquently expressed her gender identity when appearing in court, while Theo Germaine oozes charisma as the enigmatic transmasuculine Jack Starr. Billy Porter meanwhile gives perhaps the most stirring, passionate and connected voice over performance I’ve ever heard in a documentary, tying together the threads of this intricate queer tapestry and injecting lots of personality along the way. In fact, it’s so good that it’s difficult to imagine the series without him, especially given that it is enhanced by his own status as contemporary queer trailblazer. There’s a great moment where he reminds us that different terms were used to refer to trans and gender non-conforming people in the periods that episode two deals with, “So don’t get it twisted!” While at times Porter directly addresses the series’ subjects, “Hold on a minute, sweetie,” he says to the composite character of Alexis (Isis King) as she sits in San Francisco’s Compton’s Cafeteria on the night of trans resistance on that spot in 1966. It’s playful, immediate, impactful and infectious, which could equally be said about the overall tone of the series itself.

Although there are many incredible documentaries with a sharp focus on a particular figure or event, the power of Equal comes from its sense of in-the-moment urgency and its expansiveness in representing our diverse LGBTQ+ community, crucially examining the intersection of race and queerness, particularly in episode three, Black is Beautiful, Gay is Good!, with its focus on figures such as the first openly gay candidate for public office in the US, José Sarria; A Raisin in the Sun playwright Lorraine Hansberry; civil rights activist and a key organiser of 1963’s March on Washington, Bayard Rustin; and of course the iconic co-founders of Street Transvestite Action Revolutionaries, Marsha P. Johnson and Sylvia Rivera in the series finale. Equal has managed to pull off that tricky feat of offering something energetic and aesthetically pleasing that’s accessible to a wide audience, while still providing a fresh and enriching experience for even the the most informed viewer. Rather like relistening to a favourite queer anthem, and cranking that volume up, let’s say Sylvester’s You Make Me Feel (Mighty Real), Equal is something that I will no doubt return to time and again to feel a sense of pride in what was achieved by our LGBTQ+ ancestors and to get fired up for the fight that still lies ahead. A present and future fight that’s readily acknowledged throughout the series, as we see glimpses of events as recent as this summers’ Brooklyn Liberation rally for Black Trans Lives, and the following day’s Supreme Court decision on LGBTQ employment rights, rights which among many others feel increasingly fragile as Amy Coney Barrett advances towards filling Justice Ginsburg’s seat, making a series like this all the more timely and necessary.