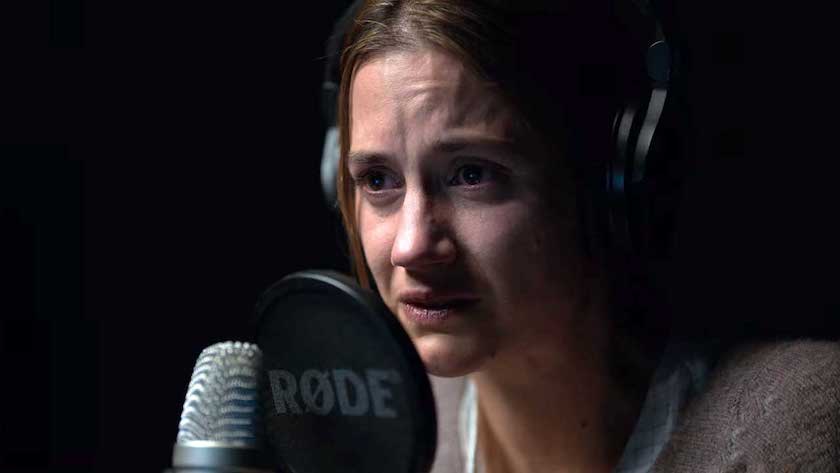 The teaser of a new and very intriguing Danish series, Equinox, was released by Netflix yesterday. After seeing the teaser of Equinox, many fans of the German series Dark have noted the similarities in the two storylines, with one fan asking whether Equinox is a Dark spinoff.

The highly effective teaser released on November 23 of Equinox reveals the premise of a new supernatural thriller with alternative realities. This is Netflix’s second Danish Original series, which will launch worldwide on December 30, 2020.

Equinox tells the story of Astrid, a young woman, whose sister, along with her entire class of graduating students, inexplicably disappeared without a trace when she was only 9 years old in 1999. Astrid is traumatized by her sister’s disappearance, plagued with nightmares and horrific visions. In 2020, Astrid is now living a peaceful life with her family and works as a late-night radio show host. Until, as the teaser shows, she receives the call from a stranger telling her that another dimension exists. “There is another reality. Another reality behind the one we’re living in. I was there, Astrid” he tells her.

But most crucially, the anonymous caller reveals he knows why her sister disappeared. “I know what happened back then,” he says before he is cut off. He was one the three survivors from the 1999 disappearance.

Astrid’s nightmares return. She is now determined to find out the truth, but it will turn out to be dark and unsettling for her, involving her in ways she could not have imagined.

For fans of the German series Dark—which concluded this summer with one of the most satisfying endings ever created in a series—this opening of a storyline will sound extremely familiar. Dark also began with the mysterious disappearance of young children. The search for the missing children led first to time travel between different timelines and then finally the discovery (careful! spoiler here if you haven’t seen the show) of different dimensions.

Many fans of the German series sound very excited about this new series. One fan on Twitter exclaimed: “This looks great!! Getting strong Dark vibes. I am in!” Some even see this new series as another dimension of the Dark cinematic universe (which does not sound so far fetched now that there might be a “Netflix Holiday Movie Universe” that links all the original holiday films together), while others see this new series as a fourth season of Dark.

To be fair, there is one particular image of Equinox in the teaser (shown below), where we see people in the woods, that does look a little like the entrance to the cave in Dark.

The story of the new series Equinox is based on an acclaimed podcast called Equinox 1985 which was a hit in Denmark topping the iTunes podcast chart. The podcast and series were written and created by Tea Lindeburg. The six-part series will star Danica Cucic (The Bridge), playing Astrid. The series is produced by Dorthe Riis Lauridsen and executive produced by Piv Bernth and her company, the ITV Studio-backed Apple Tree Productions, the Danish production company behind The Killing and The Bridge.

Equinox “is a very unique story about the difference between reality and imagination, and the relation between free will and fate—all set in a normal Danish family,” Piv Bernth said.

Equinox may just be the right series to fill the big Dark-shaped void in the streaming world, for those who love intricate and complex stories about different timelines and dimensions that make you question reality in very thought-provoking ways.

Equinoxis due to be released on Netflix globally on December 30.