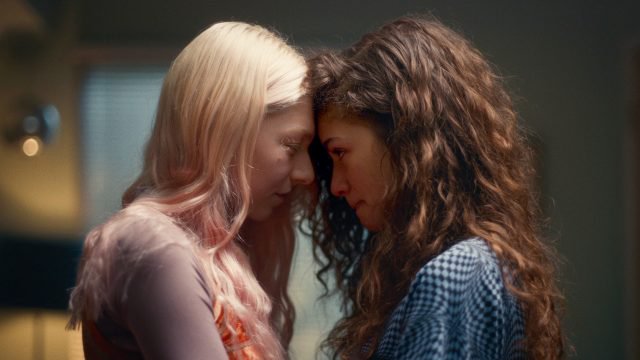 Review: The series centered on the complications of high school life will air on the network starting in June.

‘Euphoria’ First Trailer: HBO Unveils Release Date for Zendaya-Led Drama
The series centered on the complications of high school life will air on the network starting in June.

HBO’s new drama “Euphoria” will premiere June 16, and a new trailer released today gives a few tantalizing hints to the show’s tone. Revolving around a group of teenagers, “Euphoria” has an official synopsis that describes how the show “follows a group of high school students as they navigate drugs, sex, identity, trauma, social media, love and friendship.”

Series creator Sam Levinson is the writer on the series, having previously worked with stories of teen angst and rebellion in his 2018 Sundance film “Assassination Nation.” “Never Goin’ Back” director Augustine Frizzell was also behind the camera for the series’ pilot.

The series figures to be a main part of HBO’s immediate post-“Game of Thrones” plan, garnering a mid-June premiere date right after the Emmys eligibility window closes and at the start of a busy TV summer. It’s also a much different TV role for Zendaya, who was last a series regular on the Disney Channel show “K.C. Undercover” before rocketing to major film roles. She also made a surprise appearance in multiple episodes of the recently released second season of Netflix’s “The OA.”

“Euphoria” also boasts an extensive list of producers, including Drake and the team of Ron Leshem and Daphna Levin, the co-creators of the original Israeli series. This new series is also the latest foray into television from vaunted indie production company A24.

Watch the full teaser (with plenty of rotating, tilting, and swirling camerawork) below: