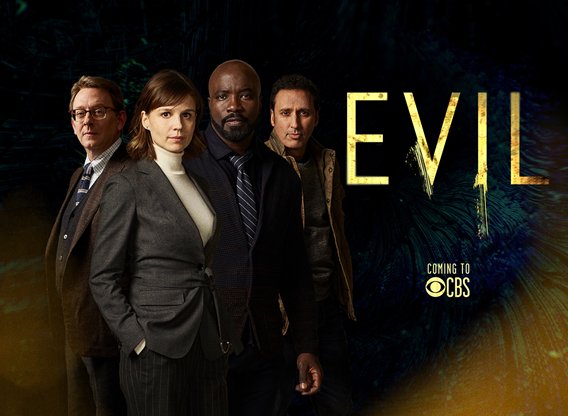 CBS has released the first teaser for their upcoming supernatural horror drama Evil, giving us a preview of how terrifying the series will be as it explores the origins of evil. Starring Katja Herbers (Westworld) as Kristen Bouchard, and Mike Colter (Luke Cage) as David Acosta, the new series is expected to premiere during the network’s 2019-2020 season. Check out the video below!

Evil is a psychological mystery series about the battle between science and religion. It focuses on Kristen Bouchard (Herbers), a skeptical female clinical psychologist who joins David Acosta (Colter), a Catholic priest-in-training, and a blue-collar contractor as they investigate supposed miracles, demonic possessions, and other extraordinary occurrences to see if there’s a scientific explanation or if something truly supernatural is at work.

Colter’s Dacosta is tasked by the Church to assess unexplained phenomena to see if there is a supernatural or scientific explanation, while Emerson will play the seemingly kind and trustworthy Townsend, a witness in a mass murder case who may actually be hiding an evil side that pushes his followers to acts of violence and murder.