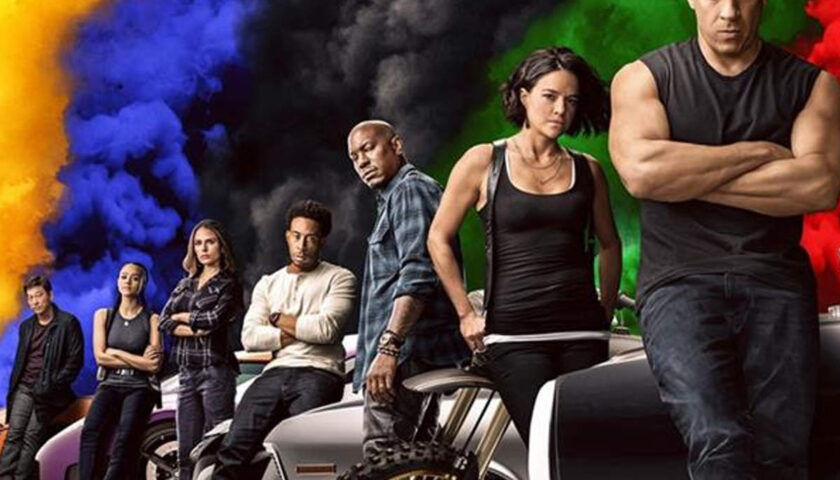 The first time that the “Fast & Furious” franchise threatened to stall out, Justin Lin drifted into the picture and jump-started it with a simple philosophy that would transform these movies into a global juggernaut: “If you ain’t outta control, you ain’t in control.” Over four films that ranged in quality from generation-defining blockbusters to “Furious 6,” Lin helped a semi-grounded saga about illegal street racers shift gears into a bonafide cinematic universe without losing its soul.

The stakes got higher and the stunts grew more absurd with every installment, but even as the story foamed into the kind of high-octane soap opera suggested by the series’ title — amnesia, fake deaths, and inexplicable retcons were all in play before Lin bowed out — it always felt as if these meat-headed spectacles recklessly expanded in a way that also allowed them to circle on the characters’ core essence. The dumber things got, the more sincere they became: It was a dolly-zoom effect that rendered the sight of Vin Diesel driving a car out of an exploding military plane at the end of an 18.37-mile-long runway into a heartfelt illustration of a #Family under fire.

When Lin handed over the keys in 2015, however, the “F&F” saga careened toward the brink of madness so fast that James Wan and longtime franchise screenwriter Chris Morgan could only race to build new roads before the whole thing went over the edge — a plan that went so poorly they ended up equipping the cars with parachutes instead. Morgan and “Fate of the Furious” director F. Gary Gray found themselves in an even more precarious situation two years later, as they reeled from Paul Walker’s death and a pissing contest between Diesel and Dwayne Johnson. The result was an empty shell of a film that betrayed the core of the franchise by suggesting that family maybe wasn’t quite sacred to Dominic Toretto. Without that foundation, a Corona-drinking Los Angeles gearhead jumping his Dodge Charger over a Russian nuclear submarine suddenly felt kinda inauthentic. The series was outta control because it wasn’t in control.

And so, with “F9” Lin returns to the driver’s seat to steer “F&F” back onto solid ground. Only this time, he isn’t trying to jump-start a stalled race car so much as regain command of a runaway freight train the size of the Chrysler Building. Once again, Lin gets the job done not by slamming on the brakes, but rather by speeding things up to such a ridiculous extreme that the velocity starts to hold everything in place.

It isn’t always pretty. The first “FaF” without Morgan since 2002, “F9” is a scattered mess full of weightless CGI that whiffs on some crucial moments and doesn’t even get out of neutral until the final hour. For all of the cartoonish flair Lin demands, this $200 million tentpole is bound to disappoint anyone hoping for an action movie that can match the skill of “Fast Five” or the unleaded personality of “Tokyo Drift.” That said: Watching Michelle Rodriguez drive over landmines faster than they can explode beneath her motorcycle feels like snorting nitrous straight from the tank after a year of being forced to pretend that movies are even remotely the same at home.

But if “F9” works — and it does, at least by the time the Coronas are popped open — it’s because Lin understands how these movies work best as feature-length dolly zooms that push in on Dom’s vulnerability by widening out to an inhuman scale. This is, by FAR, the biggest, wildest, gravity-defying-iest “Fast and Furious” installment yet, with one scene toward the end guaranteed to make your jaw drop at the gloriously brain-dead chutzpah of it all. Lin and Daniel Casey’s screenplay can stretch the action to farcical heights because it offsets the spectacle by drilling into Dom’s character more deeply than the franchise ever has before. Okay, “deeper” might be too strong a word — it implies some measurable degree of previous depth — but from its opening moments “F9” is determined to explain how this deeply weird human being came to have oil in his veins.

The story begins in real “Days of Thunder” territory circa 1989, complete with Michael Rooker working as a pit boss at the California speedway where Dom’s father blows up in a wreck so over-the-top that you wouldn’t blame either of his sons for laughing about it. That’s right, Dom’s had a little brother this whole time. His name is Jakob, he’s played as a young man by Finn Cole, and Dom — in a rush to judgment that doesn’t quite square with his #Family credo — decides that Jakob must have killed their dad on purpose because he was the last one futzing with his car.

This is all ancient history for the Dom we know and love; the kind of guy who lives his life a quarter mile at a time doesn’t spend a lot of time looking in the rear-view mirror. That’s especially true now that Dom and Letty (Michelle Rodriguez, kicking more ass than she has in the last eight films combined) are living off the grid in peace with their toddler Brian. The son has become the father, and Dom would rather let that circle stay unbroken. You’ll never guess what happens next: Tej (a sleep-walking Chris ‘Ludacris’ Bridges), his moron friend Roman (Tyrese Gibson, taking things dangerously close to Lloyd Christmas levels of dumb), and the beautiful hacktivist who puts up with them (Nathalie Emmanuel) show up to kick off a wild-goose chase that starts in the invented Central American country of Montequinto and winds its way through a mixed bag of stunning locations and sound stages so obvious they make Tokyo seem like a fictional place.

The gist is that Kurt Russell’s Mr. Nobody disappeared in a plane crash along with Charlize Theron’s evil Cipher, meaning that two of the franchise’s flimsiest characters have potentially been wiped off the map (the other, played by Scott Eastwood, must have died on the way back to his home planet). For some reason, Dom and the gang see this as a bad thing and decide to investigate, which kicks off a chase that feels like the “FaF” equivalent of Mutt Williams swinging along jungle vines. It ends with the adult Jakob taunting Dom and stealing half of a MacGuffin that unlocks every computer in the world or something (“or something” does a lot of heavy lifting in this movie) before driving off a cliff and being caught mid-air by Cipher’s magnetized stealth fighter jet. That’s all in the first 20 minutes old and Lin is just warming up.

The plot never evolves much further than “Jakob is now John Cena and he’s seriously overcompensating for growing up in Dom’s shadow.” Their dad once cautioned his sons that “It’s not about being the stronger man, it’s about being the bigger one,” and both of these swollen himbos seem to have taken that adage literally (adult Dom wears the same shirt he did as a teen, only now his biceps have exploded it into a vest). Forward momentum is hard to come by in a movie that must spend most of its time trying to undo the mistakes of the previous two, but Lin and Casey offset dead-end trips to a zillion different places when the script reaches into the past.

The flashbacks don’t quite make “F9” feel like it’s running along parallel timelines, and Dom has a more nuanced relationship with certain vowels than he’s ever appeared to have with his brother, but the back-to-basics vibe of these street-racing scenes make an intriguing contrast against the modern-day shenanigans. Lin continues the magnet motif in the movie’s best action setpieces, including a highly charged getaway that drafts off the bank vault chase from the end of “Fast Five,”  and it feels as though “F9” is suspended between the polarities of its past and present. The son who Dom was pushes against the father he wants to be, and he finds that his precious notion of family is his greatest strength and most vulnerable weakness rolled into one. Family is what keeps him alive, but it’s also what might get him killed.

Of course, death is seldom final in the “F&F” universe and “F9” does everything it can to make that bug feel like a feature. It’s no secret that Han is back, though the script hardly does him justice (Sung Kang is still the coolest, and manages to survive the human plot device he’s forced to bring with him). But the movie is also self-reflexively preoccupied with immortality, from a silly conversation between Roman and Tej to Dom’s fixation on family as an expression of forever. Lest you think I’m being too cute about this, the camera literally appears to plunge into Dom’s soul at one point.

This is a movie that sling-shots so far past self-parody that it loops all the way back to something real. It hardly seems to matter that Cena is such an unconvincing villain that Jordana Brewster seems to flinch at his acting in one reaction shot (she’s back too, by the way), or that Jakob’s snooty financier could’ve been written out altogether, or that this franchise will never be able to achieve its former heights as long as Cipher is still around — a nemesis so bland and enervating she wouldn’t even be worthy of “Hobbes & Shaw.” No, what matters is that “F9” continues to make the saga feel bigger while bringing it home. The world of “F&F” has never felt more outta control than it does here, but for the first time in a long time it feels like it’s drifting in the right direction.