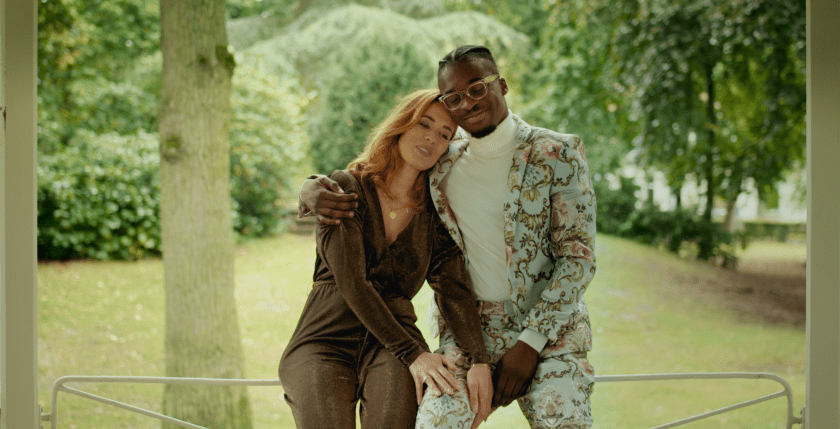 Fck Love Too (Fck de Liefde 2) is a Dutch-language Netflix original rom-com directed by Appie Boudellah and Aram van de Rest. In this sequel that warrants no knowledge of the first movie, a group of friends is caught in a whirlwind of decisions around love. Dump your boyfriend and move on to an old flame? Leave your husband and strike out on your own? Get married when you’re not sure you’re ready for it? Stay with the father of your baby who just divorced your former best friend and is also the father of your new friend’s baby? It’s all a lot to keep track of to the point where nobody’s names are rememberable besides the main character Lisa (Bo Maerten), the one with the old flame, and the main guy who completely sucks, Jack (Edwin Jonker).

This is meant to be a movie about second chances in relationships and love. It’s filled with completely unrelated plots that keep overlapping that I couldn’t stand for the majority of its runtime. But in the spirit of giving it its own second chance, it at least came together in the final act to be a little less terrible. I still can’t advocate for spending your time on F*ck Love Too, but if you’re looking to watch a bad rom-com, there are at least worse.

Foremost, it’s just utterly uninteresting. The characters are completely unremarkable and unexciting. There’s no chemistry between a single one of them physically or emotionally, and I couldn’t even bother to root for any of them besides maybe Said (Maurits Delcho) who is separated from his wife Bo (Yolanthe Cabau) and stuck in Jack’s orbit, and the victims of Jack’s impropriety. And not because I cared about them as characters, they’re just as uninteresting as anybody else and don’t even garner my enthusiasm by supporting one another in any serious way. They’re just victims of bad writing and a bad guy, so it’s the only place my heart had any stake in the movie.

It doesn’t help that it’s filled with plenty of subtly racist interactions, anti-sex worker sentiment, and sexism masquerading as comedy. There often feels like a fetishization or at the least a tokenizing of the men of color who make up a substantial portion of the movie’s love interests, despite having basically no other non-white characters in the entire movie. Plus there’s a whole Roma appropriation scene that plays no role in advancing the plot or characters whatsoever.

An entire subplot revolves around a male escort one of the characters hires for another without her knowledge or consent and devolves into a scenario where his work is being shamed and comes around to shaming himself and implying that the only way to be a good partner is to stop sex work and get a real job. And Jack is just constantly being sexist and making sexist comments that are played for laughs and eventually meant to be absolved when he reportedly turns around and redeems himself by the end. It’s just a string of terribly unsavory qualities about the writing in this movie that make an already thin movie that much worse.

The music in this movie is also quite annoying. It repeats the same song over and over again for one, and when it isn’t it’s still just pumping dance music that doesn’t match the low-key vibe of most of the scenes and the gorgeous setting the movie takes place in. The men all dress in the same pair of pants in just different colors and there are the same two plants, a bird of a paradise and a monstera, that keep appearing in the backgrounds of several different scenes. It was noticeable and felt quite cheap. Even if they were, in fact, different plants, it still felt like the prop department just did one motif and set it up in every scene.

F*ck Love Too is not the worst rom-com it could be, the ending is fine, but it’s definitely the worst offering Netflix has released in May and it’s certainly not worthy of recommendation. Its flat and uninteresting characters and romances aren’t helped by the irritating, sometimes offensive writing.

F*ck Love Too is streaming now on Netflix.