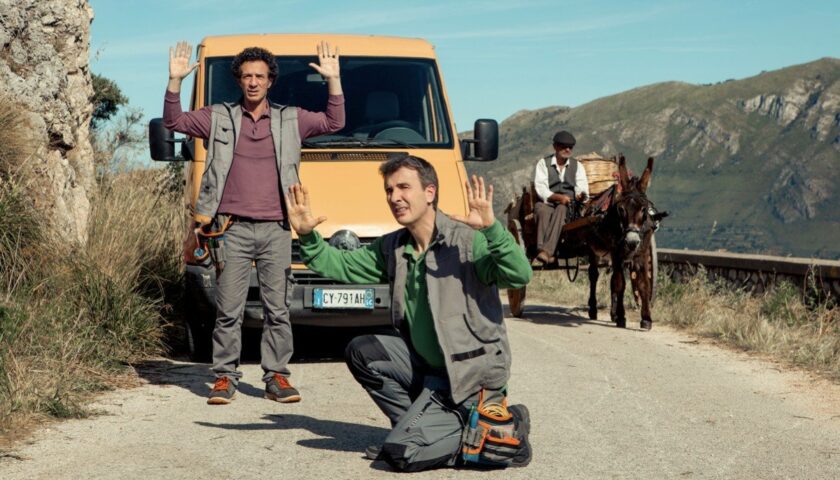 Incastrati aka Framed! A Sicilian murder mystery is a brand-new Italian Crime-comedy show all set to release this week. The show stars iconic comedy duo, Salvatore Ficarra and Valentino Picone. The series is directed by the lead stars Ficarra and Picone. The show has already released the first episode on January 1, 2022, on Netflix and is not yet available for Indians. But the good news is- It soon will be.

The story revolves around 2 TV Technicians who stumble across a murder and how they go deep into it while trying to escape the situation. So now comes the main question: Where to stream it? What is the storyline? Don’t worry because we have got you covered.

Valentino and Salvatore are two unfortunate TV technicians who find themselves by chance at the scene of a crime. To avoid ending up under suspicion, they use their knowledge of crime TV series to clean up the scene and leave undisturbed.

Unfortunately for them, the plan suffers some setbacks: some Christian preachers mistake Valentino for the landlord, the same victim turns out to be the lover of Salvo’s wife (Ester, thus giving the two a potential motive for the murder ) as well as being a recently repented mobster.

As if that were not enough, Valentino begins to attend Agata, his old school company, and the new commissioner of the local police command, the same one to which Gambino (the victim) had turned to negotiate repentance.

The 2 are now closely followed by the mafia (grateful for having eliminated Gambino, but willing that Salvo also kill his wife, who, as the victim’s lover, could be aware of something), by Agata (who does not know that she is dating a possible killer but is still in charge of the investigations) and Salvo’s wife herself (who, among other things, is also Valentino’s sister) together with the invasive mother who never accepted Salvo.

To escape the various consequences of the thing, they will always have to invent new loopholes to avoid the various parts and, among other things, save Esther.

The clan of Father Santissimo, also thanks to the help of the two, is almost completely vanquished, net of the boss himself (who turns out to be the doorman of the building where Gambino was killed) and his right arm Tonino. The 2 protagonists, sometime after the facts, while mulling over what happened, find the boss and the henchman on a country road. The finale suggests that there will be a second season.

The show is an exclusive deal with Netflix, so it’s safe to say the show will be available on Netflix India from January 27, 2022.