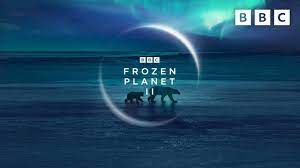 I’ve gotten to the second episode and decided this is the end of my journey with the Attenborough documentary stuff, I’ve watched every series and one off specials since the 90s but to be honest this one isn’t what I hoped it would be.

I understand the state of the world up to a point and how desperate it is, but truthfully watching something and constantly being told “this cute animal will die because of you and your actions” in various ways just really makes you feel awful, life’s tough, I’ve made lots of changes at great expense but for me there’s just too much agenda and guilt attached to this project. I get he’s passionate and cares and don’t blame him but it just got too much for me here.

I will also add that it’s clear throughout filming some scenes that both animals and locations have changed enough that it should be mentioned, there’s a vagueness and lack of effort in depth of information about the animal in favour for the same delivery, same stories, same problems.

Outside of that I just don’t think the first two have been good enough, there’s maybe 40 minutes content, then the bits at the end showing how they film, but the quality of the stuff whilst always the exceptionally beautiful looking stuff you’d expect to see felt lacking. The penguin stuff, killer whale vs the seal we’ve seen so much it made very little sense here, even the Siberian tiger, a lot of the stuff has been covered before, it all felt familiar and whilst it’s beautiful stuff, this series just feels like “remember these animals” well you’re killing them and there’s not many left.

Whilst I understand the importance, I also value happiness and for me the preachy nature of this series, the constant blaming of people, the depressing vision of the future without change and the endless sad scenes just felt a world away from the joy of planet watch, frozen 1 and blue planet.

Whilst I’m not criticising the guy, he’s an astonishing human being who I adore and will not criticise and I fully respect and love the passion, I just feel sad that this show was such a huge part of my younger days but now just feels so depressing and political.