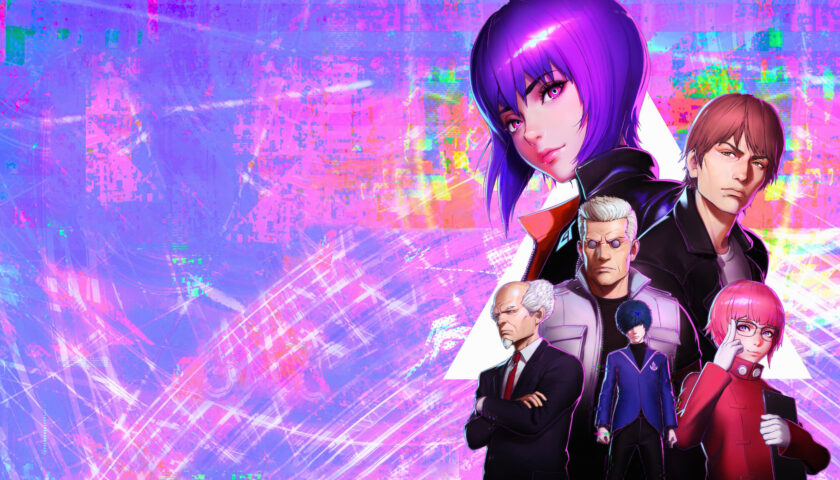 The film, which is an amalgamation of the first season of the Ghost in the Shell: SAC_2045 anime series, takes place 11 years after Ghost in the Shell: Solid State Society. In the year 2045, the world as we know it has been placed in a state of “sustained war”, with the threat of AI finally wiping out all of humanity remaining on the periphery of public consciousness.

What does that mean? Essentially, after an economic disaster known only as the “Simultaneous Global Default” destroys the value of all forms of currency the way we know it, the “Big 4” nations of the world simply remain locked in a neverending state of war at all times. That, in turn, keeps the economy chugging along the best that it can.

Major Motoko Kusanagi (Mary Elizabeth McGlynn), Batou (Richard Epcar), Togusa (Crispin Freeman), Ishikawa (Michael McCarty), and the rest of Public Security Section 9 are now mercenaries who work as contractors under the group “GHOST”. But when a bizarre series of beings called “Post Humans” start popping up all over the globe, former Chief Daisuke Aramaki (William Knight) has to get the gang back together for a Section 9 reunion that will have to figure out the conspiracy behind all of the Post Humans emerging to cause destruction across the globe.

There’s nothing inherently bad about this movie, but there’s no real reason for it to exist. It’s mediocre at best. While it does a good enough job condensing the anime series into one cohesive whole, it also takes liberties with the source material that don’t often make sense. The way it rearranges events that took place in the series make little sense, and trying to water down hours of content into two seems like a fool’s errand.

The result is a CGI vision of what could have easily been a traditional animated entry in the Ghost in the Shell: Stand Alone Complex continuity. It feels similar to what’s been created in the past, but just like with the show on Netflix, it’s more like a cheaply-made, watered-down version of what we’ve seen in the past. The new character designs aren’t conducive to giving us the versions of Section 9 we know and love, the animation is choppy, and while the voices are fantastic, the script leaves a lot to be desired.

There’s not a new season of the series just yet, and Ghost in the Shell is a nuanced property that you really want to spend as much time as possible learning about its characters and world without skipping over all of the references and callbacks.