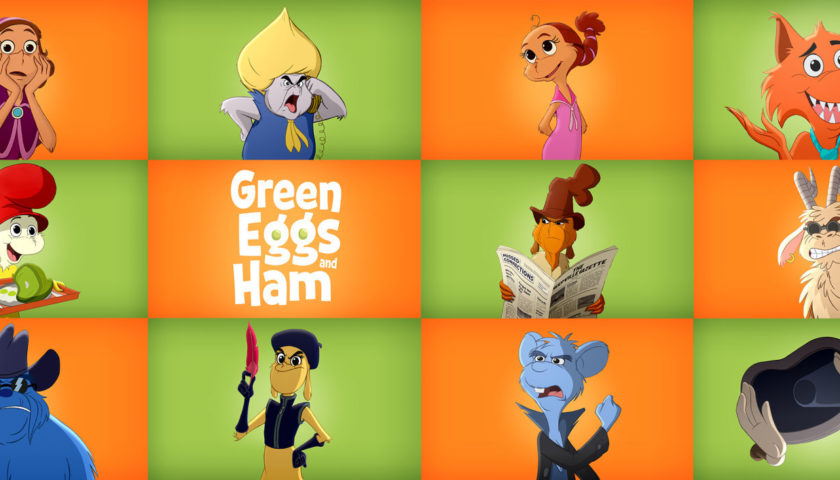 Review: After more than four years in the works, Netflix’s TV adaptation of Dr. Seuss classic “Green Eggs and Ham” is set to come to the streaming service in the fourth quarter of 2019.

The adaptation of the beloved Dr. Seuss kids’ title is a “very ambitious 13-episode animated original series with feature-quality animation,” Sarandos said. “We’re really excited to bring to our members in the fourth quarter.” Netflix first announced the project in April 2015.

The series will feature voice talents of Adam Devine (as “Sam I Am”) and Michael Douglas (“Guy I Am”), along with Diane Keaton, Ilana Glazer, Eddie Izzard, Tracy Morgan, Keegan-Michael Key, Daveed Diggs, John Turturro, Jeffrey Wright and Jillian Bell.

“Green Eggs and Ham” is one of Netflix’s two “bigger bets” in the kids and family programming slate for 2019, according to Sarandos. The other is animated feature “Klaus,” a Christmas family comedy marking the directorial debut for Sergio Pablos (co-creator of “Despicable Me”), also slated for a Q4 debut.

Netflix’s “Green Eggs and Ham” follows opposites Sam (Devine) and Guy (Douglas) on a road trip to save an endangered animal from a far-off zoo, and along the way they learn to try new things like hope, friendship — and a certain delectable, green-tinged dish.

Other Dr. Seuss classics have been adapted for the big screen, including 2018’s “The Grinch” from Universal/Illumination Entertainment, Seuss Enterprises has more selective about TV projects besides a few projects created at PBS.

DeGeneres is exec producing “Green Eggs and Ham” via her deal with Warner Bros., where she has a production company at subsidiary Telepictures Productions, which is the producer of “The Ellen DeGeneres Show.” Jared Stern (“Lego Movie 2”) is adapting the story for TV and wrote the script, as well as serving as executive producer along with DeGeneres, Jeff Kleeman, Sam Register, Mike Karz and David Dobkin.

On the Q1 investor interview, Sarandos also announced announced a fourth-quarter 2019 premiere for “The Witcher,” a live-action show based on a series of books and popular video-game adaptations. He also highlighted the slate for Q3, including new seasons of “Stranger Things,” “Casa del Papel,” “Orange Is the New Black,” “13 Reasons Why” and “Elite,” along with Ryan Murphy’s” The Politician,” starring Ben Platt as a wealthy student on his journey to become president of the United States.