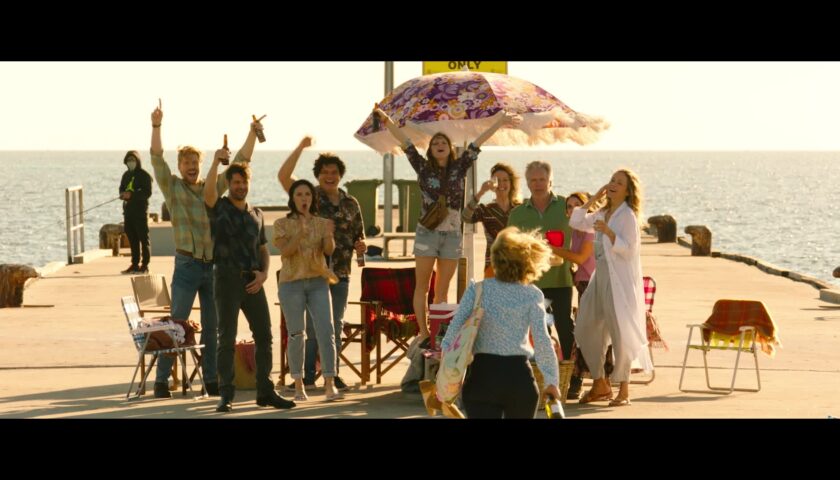 How to Please a Woman 2022 Movie Review Poster Trailer Online

Middle-aged women naked in a well-lit concrete changing shed. Not a shed, a beautifully designed municipal structure. Their skin a variety of shades and textures bathed in warm Australian light. Their breasts a variety of sizes, shapes and elasticities. Ocean swimmers, friends, a community that shares a hobby and something else: disappointing sex lives.

Some just haven’t had it in a while (two years or more), others crave good sex (“an orgasm that creeps up on you then edges off, then creeps back, until.  .  .   finally.  .  .  total annihilation”). Fifty-something-year-old Gina (Sally Phillips) is in a frustratingly unsatisfying marriage to an emotionally withdrawn and pompous narcissist who refuses to put out. Recently made redundant from her job and inspired by her enforced celibacy, she comes up with an ingenious business model where men clean your house and have sex with you after (or before) if that’s what you’d like.

What I expected from this film was a series of shrill performances that would make me feel uncomfortable. Instead, I got a well-paced, if fairly predictably plotted film that takes the time to genuinely consider what women need. Even though I’m lucky enough to be one of 15 women whose husbands can and do clean, I never tired of the humour involved in men cleaning houses. How terrible they are at it, how many of them get away with not doing it (outrageous!), and how much pleasure it gives women when they finally do. The recurring joke, that the lust for having a clean house is somehow comparable to the lust one feels during orgasm, is just so relatable.

In place of vivid bang-scenes and torrid trysts is the idea that women deserve to have their sexual pleasure prioritised when it suits them. They deserve to explore their sexuality in a safe place on their own terms. Gina’s marriage may be the root of why she feels the need to champion female desire, but that she brings all these other women along with her is such a celebration of the feminine. None of these women are written as desperate or undesirable for not being able to get the sex they want. The distinction between sex and “good sex” is central to Gina’s business model; in fact, it’s defined: the service they offer isn’t sex, it’s orgasms.

It’s warm, funny, uplifting, and kind – and leaves you feeling better about yourself and more in tune with other women. It’s sad that this will be marketed as a “women’s film”, because I can’t think of a better film for men to watch in order to better understand how to please a woman.

How to Please a Woman 2022 Movie Review Poster Trailer Online