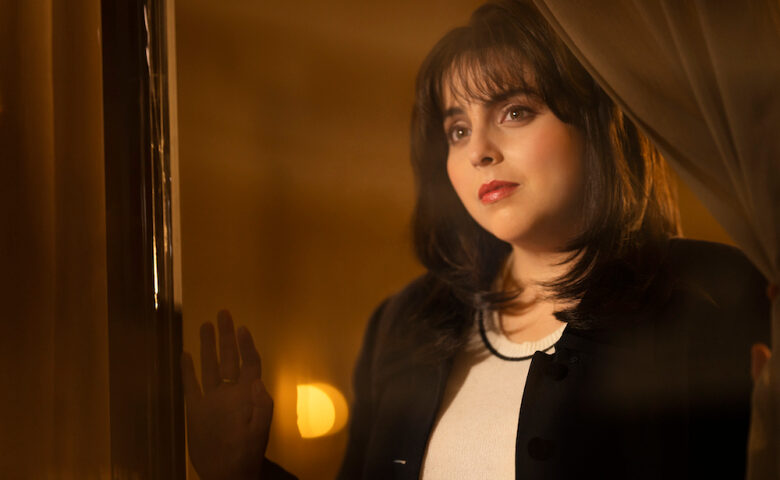 When a story seems too hyperbolic or prescient to be true, we call it “stranger than fiction.” We marvel that “you couldn’t script” the kind of twists that make up our wildest tales, or else that no one would believe them for embodying every cliché they possibly could. The wisdom then becomes that “seeing is believing”: that the only real way to believe a supposedly unbelievable melodrama is to watch it unfold with your own eyes and feel your skepticism calcify into an understanding. Then, maybe, the story that once seemed unfathomable evolves into something more layered and recognizably real.

Such is the mission of “Impeachment: American Crime Story,” which follows in the footsteps of the FX anthology series’ previous installments (“The People v. O.J.” and “The Assassination of Gianni Versace”) by trying to recreate a national scandal by highlighting its most human elements. This chapter, steered by playwright Sarah Burgess, swaps splashy murder for the political quagmire of Pres. Bill Clinton lying about his affair with Monica Lewinsky, diving into the salacious way it all came to light and the nefarious backroom dealings that used Monica as fuel for political fires. There’s plenty of rich material to mine here, and with the benefit of having Lewinsky onboard as a producer, “Impeachment” strives to bring nuance to a fraught situation that almost immediately became an international punchline. And yet, for as much effort as “Impeachment” puts into recreating the ‘90s and making everyone a dead ringer for their real-life counterparts, watching the show feels like taking a trip to the uncanny valley rather than the recent past.

Taking itself too seriously to be camp, but not seriously enough to avoid some of TV’s most obvious traps, the series struggles so hard to juggle every storyline it tackles that the scripts often force characters to be the most obvious versions of themselves. Given the chance to portray people who continue to have outsized influence on politics and the world today, “Impeachment” rarely resists the opportunity to remind the audience of that fact with lines so clunky they might as well be said through winks aimed directly at the camera. (In one scene, for example, one of Kenneth Starr’s investigators asks his colleague for an opinion, to which a young Brett Kavanaugh replies, “I never like to take no for an answer, but…”) Only a couple actors dig themselves out from underneath the weight of leaden dialogue, overt exposition and, in some cases, extremely distracting prosthetics. Otherwise, “Impeachment” is an overwrought rehash that’s more off-putting than enlightening as it crams everything it can into its inherently complex narrative.

Early episodes of the 10-episode season leapfrog around the country and the show’s general timeline to establish the stakes and sprawling cast of characters. In one storyline, there’s disgruntled government employee Linda Tripp (Sarah Paulson), whose determination to be taken seriously leads her to befriend and betray her young coworker Monica (Beanie Feldstein), whose loneliness nudges her into sharing her biggest secret. There’s the White House, where Clinton (an unrecognizable Clive Owen) holds court with exaggerated folksy charm as investigator Kenneth Starr (Dan Bakkedahl) and his righthand men (including Colin Hanks) circle him like sharks in wait. Meanwhile, a diminutive former Arkansas aide named Paula Jones (Annaleigh Ashford) lodges a formal complaint against Clinton for allegedly soliciting oral sex from her while he was governor and quickly stumbles into the waiting arms of conservative power player Susan Carpenter-McMillan (Judith Light), as right-wing opportunists like Ann Coulter (Cobie Smulders) and Matt Drudge (Billy Eichner) salivate in anticipation of the full story. (If you’re wondering where Edie Falco’s Hillary Clinton comes in, the answer is: sparingly enough that it hardly seems worth incorporating her in the first place.) With so many characters and settings to consider (though all filmed in flattening shades of beige and gray), it takes several episodes for “Impeachment” to find any kind of rhythm. Even then, the series only truly locks into a clear focus when the series makes a point of slowing down for one person in particular.

As Monica, Feldstein proves herself to be a canny bit of casting. Opposite Owen’s eerily accurate Clinton drag, Feldstein’s Monica is fittingly, shockingly young. She’s outgoing and smart, but also very clearly a young woman whose self-confidence depends on the day — or, as becomes clear, whichever man deigns to bolster it. Of the seven episodes made available before the show’s Sept. 7 premiere, the two most successful give both Monica and Feldstein the opportunity to anchor the hours more fully. The episode in which Linda decides to start taping their phone calls as Monica chats away about her previous experiences with men taking advantage of her and frustration with the president has the tension of a horror movie where you cringe in anticipation of the inevitable kill. The sixth episode, in which the FBI detains and threatens Monica on the eve of Paula Jones’ deposition, sees Feldstein do particularly wrenching work with Monica’s growing panic, an entirely human response to a situation rapidly intensifying beyond her control.

Reconsidering Monica’s role in the whole mess is one of the most obvious goals of “Impeachment,” which takes pains to highlight her perspective as everyone around her is busy dismissing it. And unlike many others on “Impeachment,” Feldstein doesn’t feel like she’s doing a secondhand impression compiled from YouTube clips — no doubt in part because she, unlike everyone else on “Impeachment,” had the real-life inspiration for her character on hand for reference and inspiration.

The gulf between Feldstein’s performance and those surrounding her is most stark when she’s opposite Paulson, her most frequent scene partner as well as an executive producer on the series. Paulson is perhaps FX’s most reliable and prolific actor at this point, with a revelatory turn as Marcia Clark in “People v. O.J.” and years of “American Horror Story” to show for it. She’s a sharp actor who wholeheartedly grabs her role and runs with it, often to places the script might not even envision but which nonetheless make perfect sense in execution. That skill does not, however, translate in “Impeachment,” which sees Paulson shrugging on Linda Tripp like an inconveniently bulky winter coat.

Any moment in which the show comes close to finding something new and interesting to say about this notorious woman gets quickly buried in a sneer — not to mention the aforementioned distracting prosthetics, which are immediately and unforgivably distracting in this case. The first time we see Linda, she’s making a SlimFast smoothie. Later, she and Monica bond over hating Weight Watchers. Eventually, Linda watches John Goodman play her on “SNL” as less of a woman than a slightly more comprehensible Jabba the Hutt. The way people perceived Linda Tripp’s abrasive personality inextricably dovetailed with her appearance, so it’s only right that the show should point that dynamic out. But watching Paulson and “Impeachment” exaggerate both beyond what comes naturally is painful, and not in the way either seems to intend. There are other actors who could have played Linda without spending five hours in a hair and makeup trailer; Paulson easily could have lent her skills to playing someone like Coulter, whose pinched snobbery would have been a challenge well within her wheelhouse. Instead, we get this composite caricature that isn’t nearly as three-dimensional as the narrative requires, a distraction that proves too difficult ignore.

Even if “Impeachment” had found the perfect actor for the role, though, it would still have the problem of having to execute the story around her with finesse. Some scenes do the job, imbuing larger than life figures with enough bruised humanity to throw your first impression into question. Mostly, though, it’s impressive how “Impeachment” manages to make a true story feel this artificial.