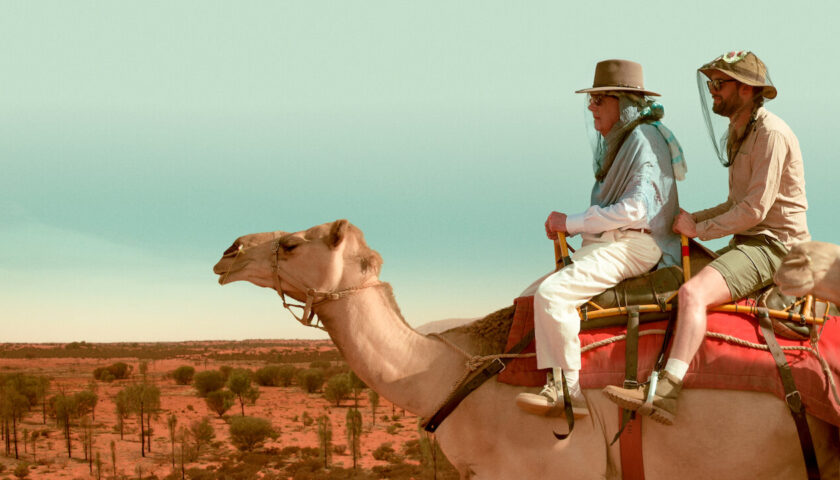 The 5th season of Jack Whitehall: Travels with My Father has recently aired on Netflix on September 14, 2021. The series follows comedian Jack Whitehall along with his father Michael Whitehall as they travel across countries and continents, encountering amusing situations and people as well. The 5th season is made up of 3 episodes that are worth binge-watching. The Whitehall’s give us a sneak view of Gordon Ramsay’s restaurant in the very 1st episode, where they dine Asian fusion before embarking on their expedition.

With soothing classical music that plays in the background, the father-and-son duo embarks on a series of adventures, including learning the Morris dance to celebrating the fertile tradition along with exploring Winston Churchill’s famous footprint at his historic house. The fans can also see the literal debates taking place between a prudent, tough man and his vibrant, modern, and humorous son.

Watching Jack have a sincere chat with his mother, Hillary, near the edge of the cliff, is perhaps one of the most heartwarming moments from the 1st episode, literally right on the cliff’s edge, high above the water, rock facing the cliff, with the waves slamming below you.

On the other side, the fans can see Mr. Whitehall having a tea party and playing chess with his favorite ceramic toy ever, Winston. In episode 2, the fans get a tour to see more of the countryside, which will be a more relaxing excursion. From trying to oversee sheep in Wales, hiking and subduing llamas in the Lake District, spotting Nessie and hunting by ferry, to sharing a traditional meal in a dark and gothic palace on a Scottish island, they’ve done it all.

After all of the healing journeys take place, the show puts the fans off on a beautiful adventure with The Jacobite trains, the renowned train from the Harry Potter series that also happens to be Jack’s favorite, to have a journey by the famous Harry Potter bridge far to the Syke, a place that Mr. Whitehall remembers well.

The last episode consists primarily of some of the best vacation clips, reminiscing and reflecting on their entire adventure through poignant dialogues and highlight moments. The humorous discussion and realistic bond between the father and son duo is one of the series’ highlights.