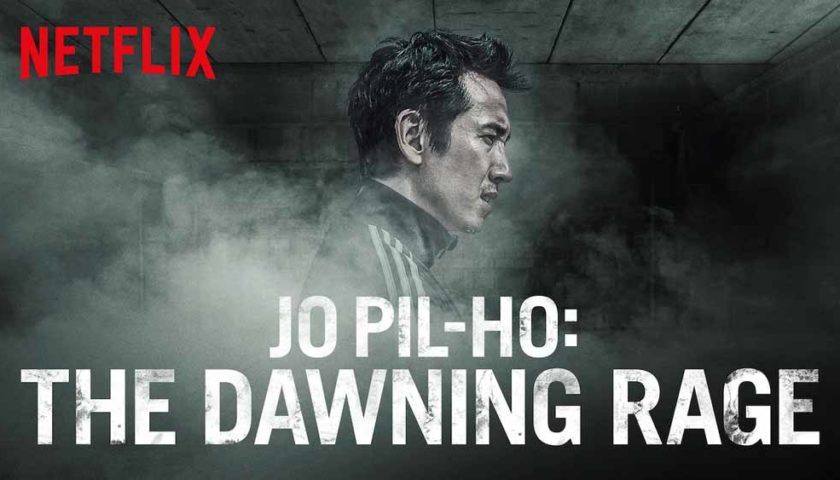 Review: Arriving on Netflix is yet another South Korean exclusive, this time South Korean film Jo Pil-ho: The Dawning Rage hits the thumbnails, having already had a respectful theatrical release via Warner Bros. but now getting the opportunity to be seen globally outside of the country. Who said Netflix was bad for cinema again?

Amongst the gritty, dark tones, South Korean Netflix film Jo Pil-ho: The Dawning Rage represents the layer of corruption even above the corrupt. Interestingly, the original title on IMDB is Bad Police. Technically there is not a good person in the story, but there’s a worse society that the main protagonist must fight against while fighting against his own system that he poisoned and took for granted.

And that main character is Jo Pil-ho (Sun-kyun Lee) who spends the opening of The Dawning Rage brashly talking to his colleagues and occasionally flicking his cigarette at them. His laidback attitude to his own illegal dealings and his less engaging acquaintances serves a purpose as the film progresses, allowing the character to develop and show a more human side to his approach.

The film is not set up for you to feel sorry for Jo Pil-ho, but it constructs the story where it is understood that his run from internal affairs agents is far less important than his desire to unravel a conspiracy with an obstinate teen. All this is born from a conflict of interest, where he is hurt by an explosion at a police warehouse. Jo Pil-ho: The Dawning Rage demonstrates a fight against a large corporation, attempting to squash evidence from the police, but with videos surfacing and outside influences, the cycle of corruption is complicated and twisted.

Jo Pil-ho: The Dawning Rage feels fragmented at times, absorbing a number of characters and villains that all interlink, but the Netflix film prefers to disjoint its direction, relying on the strength of the main character, which is probably why they changed the title in the first place. It’s two-hour running time is unappreciated, serving quite a slog, but by the time you reach the dramatic conclusions, it’s easy to breathe a sigh of relief, knowing your time was not wasted.