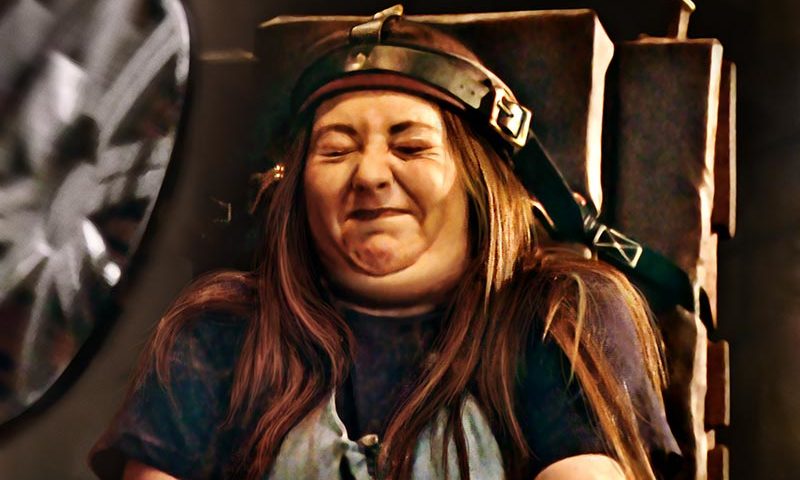 Review: Many people argue that Netflix is bad for film and television; that its monopoly on easily accessible, direct-to-binge streaming content is a death knell for traditional distribution, and that the platform’s library is full of cynical, lowest-common-denominator claptrap designed to wring subscription fees from an unassuming audience. This is nonsense, obviously, or at least overblown, but shows like Flinch don’t provide much of a counter-argument. When you start repurposing dumb playground games as entertainment, you know you’re in trouble.

As such, Flinch works thusly: Across ten mercifully brief episodes, a range of deeply unlikable average-Joe contestants are subjected to challenges designed to make them flinch; if they do so they accrue points for one of three hosts with presumably nothing better to do, and are punished in a kind of discount Saw sense such that the audience can enjoy their pain and displeasure. There is, I must admit, some vague appeal in torturing the stupid, but I’m not sure it’s necessarily suited to worldwide television, much less set as it is in a barn in Ireland that looks like a serial killer’s hideout.

That distasteful trash-TV sensibility permeates the entirety of Flinch, which quickly begins to reuse all its ideas, highlighting the obvious limitation with a show such as this, which is that there’s only so far it can go. Trite role-reversals between contestants and hosts amount to little beyond ensuring, I suppose, that everyone involved rightly receives some punishment.