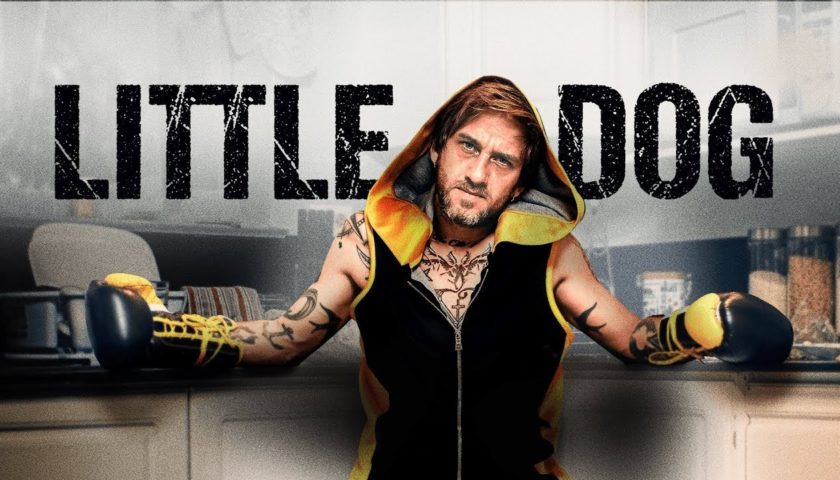 Review: Tommy Ross AKA “Little Dog” should have, could have, would have, IF ONLY, but then something happened to Tommy Ross and his boxing career was over when he pulled a Roberto Duran move and said No Más in his last champion fight, instead knocking out his own corner man before he left the ring in shame as his mother sat ringside in astonishment. Yes, Tommy also has “mommy issues” as mom keeps reminding Tommy how he left the championship fight embarrassing his family.

In this the premiere episode which takes place five (5) years after Tommy quit the ring with a big “L” emblazoned on his forehead Tommy is found squatting in an old house trailer in Newfoundland and his trailer is being towed away right under him. His mother and siblings don’t respect “Little Dog” and if Tommy did not have bad luck, he would have no luck at all. To top it off his father is imprisoned so he has no one to look up to.

Then two neighborhood thugs recognize “Little Dog” and hit him with a crowbar so Tommy instinctively goes into his boxing mode and his victory over the two bigger guys is a huge hit on Youtube. The media coverage increases steadily based on Tommy’s viral video and Tommy gets sucked into a charity three (3) round fight which is a lose/lose for Tommy even if he wins the charity fight which may in future episodes lead to a a re-match against the champ he walked out of the ring on five (5) years ago.

Think of this show as a Canadian comedy version of Sylvester Stallone’s box office bonanza Rocky franchise without a good musical score, or any real fighting. Just a lot of “poor me Tommy” who appears to be the most ridiculed man in his hometown. I like what I see so far. I give the series a 6 out of 10, but will Tommy be able to go the full “10”? That remains to be seen.