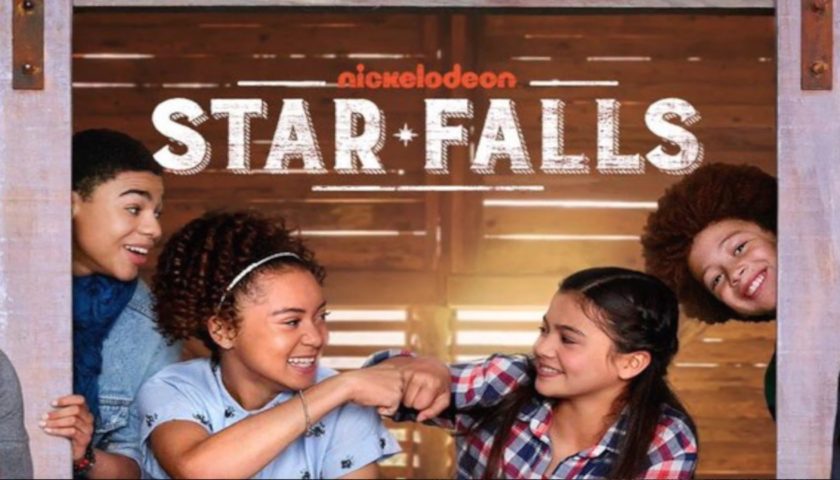 Review: From creator George Doty IV, the Star Falls TV show centers on Sophia Miller (Agudong). Chock full of determination, Sophia convinces movie star Craig Brooks (Johnstone) to move himself and his family into her home, while he’s shooting a film in her home town of Star Falls. There is a method to Sophia’s madness. She wants to set Craig up with her mom, Beth (Wolfe). Even though her friend, Nate Rex (Sanelli), thinks she’s crazy, Sophia wants her mom to be happy and is certain this is the way to make that happen.

Beth is a veterinarian at the Happy Tails Animal Resuce, where Sophia and Nate pitch in. When she realizes they’ve rescued the Brooks family’s missing dog, Baxter, Sophia convinces Craig to collect the errant pooch in person, and the game is afoot. Meanwhile, Craig’s three Hollywood-reared children, Diamond (Fairburn), Phoenix (Dowlin), and Bo (Cornwall), have to adjust to the huge change that small town life brings.

Will these kids manage to make a match between their single parents? Stay tuned.