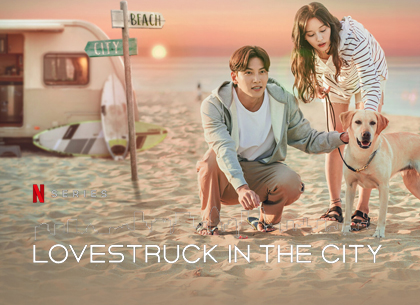 The year 2020, has seen an immense number of Korean Dramas being released on Netflix and they have changed the entire game altogether. The year is ending and the list of KDramas being released for this year is still nowhere near the end. Another new drama being added to the list is “Lovestruck in the City”, releasing on Netflix on the 22nd of December. Otherwise known as “City Couple’s Way of Love”, this will be a short form drama that will depict real love stories of couples. This is the first instalment of a multi part series in the making

The story follows the journey of 6 individuals and their ways of life in a speedy metropolitan city of South Korea. How they manage to survive, keep their jobs and still have a social life will be the centre of attraction in this series. This first instalment will focus on an architect who has already fallen for a girl, who he calls, “camera thief” as he has no idea who she is or her name. Lee Eun-oh lives an ordinary life in the city. She has an ordinary life but also carries the life of her alter ego, Yoon Sun-ah. She under that alias meets the architect and starts falling for him as well.

The story seems easy and simple, but no KDrama in history is ever easy and simple and believe it, this will be no less. Specially focusing on the young people’s lives and the way they find love in the hustle and bustle of city life will make this story seemingly stand out. Starring Ji Chang-wook, Kim Ji-won, Kim Min-seok, So Joo-yeon, Ryu Kyung-soo and Han Ji-eun, the series is directed by Park Shin-woo. The series will air on Kakao TV in South Korea and internationally stream all over on Netflix.