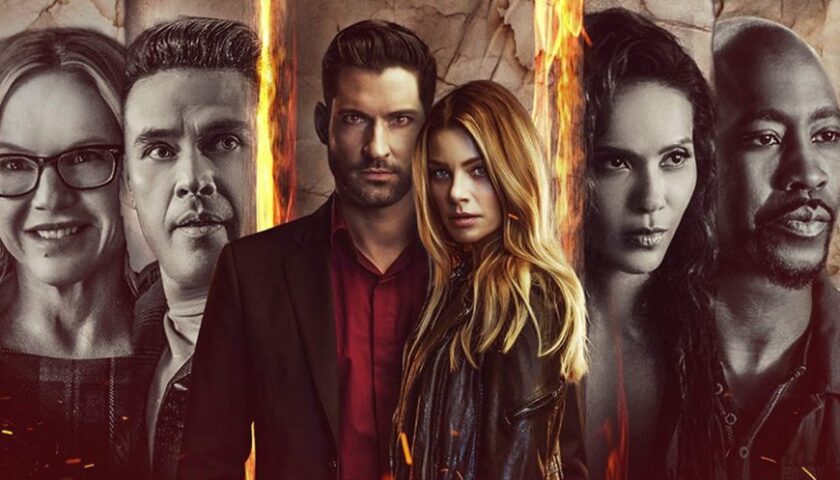 Lucifer is back on Netflix! Lucifer Season 6 is here. The devil has one last run of ten episodes, and to say that fans are excited about it would be a dramatic understatement. But does the show manage to make a smooth landing, or is it more of a crash? I’m here to tell you what I think of the show’s final stretch. So, with these cards on the table,  I can’t talk about the plot of the season or the story arc.

Not in a huge amount of detail because this being the final season, there’s a lot of huge moments and huge spoilers that I wouldn’t want to spoil for any long-term fans of the show. I will, however, be discussing some vague plotlines from the first three episodes of the season.  Before the season arc really starts in full-motion, and I’ll be discussing the performance of the entire cast throughout the season. The first few episodes of the show follow the typical Lucifer formula. Chloe and Lucifer must solve a mystery, while other characters go through a side-plot of their own making. Episode 3 is a gimmick episode akin to Season 5B’s musical episode, except this time, it is partially animated and looks glorious.

I’m going to miss Lucifer’s creativity and wit, and the animated segments of this episode perfectly encapsulate the humour and pathos of the show. As previously mentioned, I can’t discuss the specifics of the season arc, but I will say this. The arc itself is pretty good, with the new elements introduced working in cohesive harmony with the already existing elements of the show. However, certain characters feel short-changed and underdeveloped at times. It makes me wonder whether the show could have benefitted from a few more episodes this season, perhaps upping it from ten to thirteen episodes.

The entire cast is on their A-Game here. Tom Ellis’s Lucifer is one of my favourite interpretations of any comic book character, and he exemplifies why in this season. Charming, witty, and fun, Ellis brings everything the Devil needs to the table. His chemistry with Lauren Germans Chloe Decker is off the scale, with the two bouncing off each other constantly and creating a double-act the likes of which the show would feel empty without. The other cast is great throughout, too, with none of them faltering for even a second.

But it’s not them I want to focus on. Sure, I could talk about how Kevin Alejandro (Dan Espinoza), D.B Woodside (Amenadiel), Lesley-Ann Brandt (Mazikeen), Rachael Harris (Dr. Linda Martin), Aimee Garcia (Ella), Inbar Lavi (Eve) are all utterly phenomenal, and how Woodside, Brandt, Alejandro, and Garcia especially give some emotional and affecting performances as their characters develop and complete their arcs. All of this is true, but the newcomer to the show will grab the eyes of any fans. Brianne Hildebrand plays Rory, described as a rebellious angel that once looked up to Lucifer (as you can tell by the trailer below, this may not be entirely accurate anymore), and she’s SO damn good. She brings something new to the table, a new dynamic with the core cast. To say much more would be spoiling everything, so I’ll leave this off by saying she’s far and away the standout of the show’s final arc.

All in all, while Lucifer Season 6 does have mild teething issues, and it could have spent more time focusing on certain storylines, it’s a fitting and quality ending for the show. It resolves every existing storyline while adding new intrigue and mystique to the world, plus it helps to finish the arcs of every character. If you love Lucifer, this will be exactly what you’re looking for, but if you haven’t cared about this world and these characters before, season 6 is unlikely to change your mind. I’m going to miss spending time with the eclectic celestial world that the entire crew has manifested and manufactured, but I’m glad it’s able to end on its own terms.