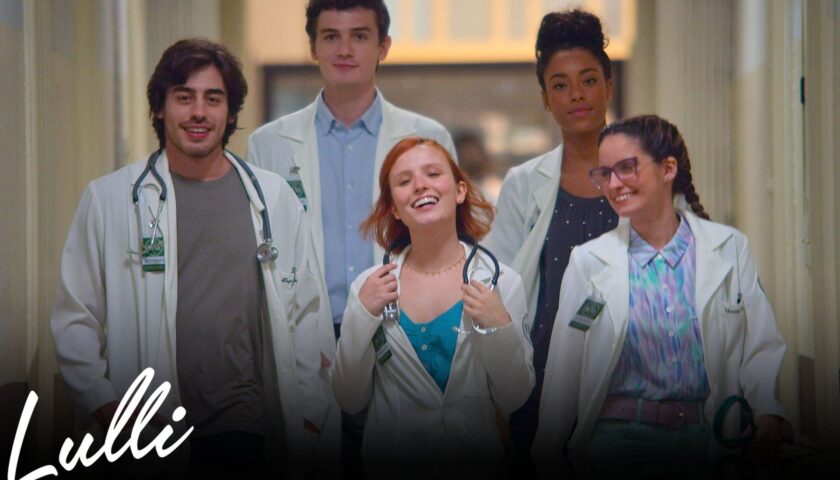 Lulli (Larissa Manoela) is a smart and ambitious young medical student on the cusp of achieving her lifelong dream of becoming a doctor. But her inability to listen to what other people have to say leads to complications in both her personal and professional lives. That is, until one day, a freak accident leaves her with the ability to hear other people’s thoughts.

Romantic comedies sprinkled with a few fantasy elements are not exactly a groundbreaking concept; think Mel Gibson’s What Women Want and Taraji P. Henson’s What Men Want. But the concept is still unexplored in the plethora of directions it could take to give rise to a funny and well-made rom-com that could go beyond the limits of the genre. Lulli, however, decides to play it safe.

The film spares no time in letting people know what the titular protagonist’s, seemingly singular, flaw is. Although a bright, spunky young doctor in the making, well-loved by her friends and family, Lulli just cannot take a minute to listen to what people around her have to say. The person who bears the brunt of Lulli’s self-absorption is her boyfriend Diego (Vinícius Redd), who finally breaks up with her when her carelessness nearly costs him his life. However, when the two get electrocuted in a freak accident, it ironically gives the two a new lease of life. While Lulli starts hearing the thoughts of the people she touches, Diego suffers from amnesia forgetting all about the breakup.

The route the film takes from here is something anyone can guess. Lulli is pushed into a cycle of self-improvement as she becomes more considerate towards people around her, using her newfound ability to help patients in need. As she develops a new appreciation for her loved ones, her relationship with Diego thrives at being given another chance. But as in any run-of-the-mill rom-com, it doesn’t take long for things to come unravelling at the seams as the movie progresses.

The film’s cast and writing are definitely its saving grace from a painfully obvious and unremarkable plot. Although the characters are pretty much two-dimensional and have the emotional depth of a puddle, they exude enough charm to more than make up for it. And the cast definitely gives it their all in their portrayal, giving rise to some very likeable characters, which will make you forget how implausibly unblemished each of them seems to be, despite being ordinary young men and women.

Also in the film are some moments where the characters display moments of genuine care and affection for each other. Although idealistic, it is definitely a breath of fresh air from most films that indulge in unnecessary storylines involving petty quarrels just for the sake of keeping things interesting. The closest thing to a villain the film has is a nagging, disapproving father, and even that is something the film manages to fix and frame as nothing more than anger born out of love.

Although the film might not offer much in terms of deep characters or a complex story, Lulli makes for an amusing and agreeable watch despite its predictable nature.

Lulli is available to stream on Netflix.