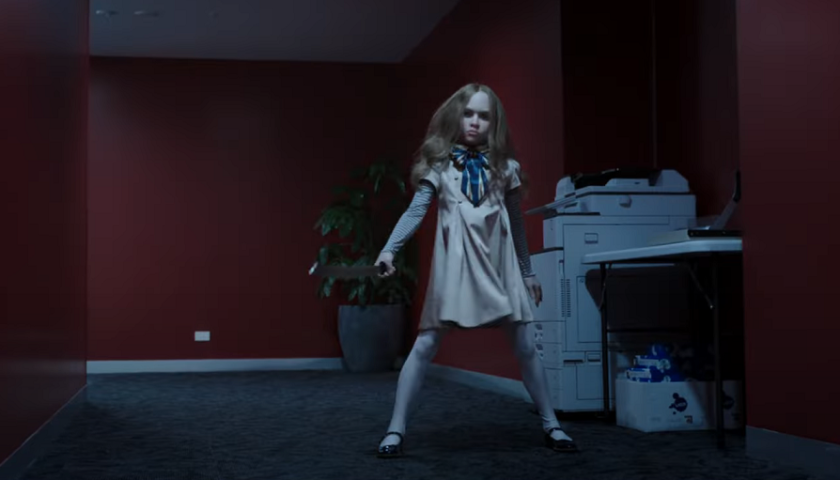 M3GAN is a sci-fi horror story that deals with the dark side of technology, which isn’t something that we haven’t seen in this genre. But what we haven’t is how far we can expect it to go. M3GAN focuses more on how alive, awake, and aware artificial intelligence can be, and that given the right environment, machines can develop their own consciousness and reprogram themselves into something much, much more terrifying.

The story follows Gemma, a roboticist working at a toy company, who suddenly becomes the guardian of her eight-year-old niece, Cady. Cady loses her parents in an accident and is deeply grieving. Seeing the little girl’s loss, Gemma thinks of doing something nice. For one, she has no experience in taking care of a child, and she hates seeing the little girl all sad and lonely. So, she designs M3GAN, a life-size, life-like, AI doll, that is programmed to learn about her companions. Gemma believes that the doll can be her perfect friend and protect her from any harm. Only that M3GAN takes it a bit too far. From talking back and refusing commands to brutal bloodbaths, the bot begins to transform into a more conscious being.

From the trailer, it’s clear that violence is her response to anything or anything that she perceives as a threat to Cady, even if it means killing her opponent. What begins as a fun and sweet bonding between two girls, turns into something that no one saw coming and becomes a frightening experience for both Gemma and Cady, among others around them.

M3GAN comes from filmmaker Gerard Johnstone, who is best known for writing-directing the 2014 horror-comedy-mystery film, Housebound, as well as the television series, The Jaquie Brown Diaries. M3GAN is the director’s second feature film.

The sci-fi horror is written by Akela Cooper, best known for Malignant, and writer-director, James Wan, the creator of The Conjuring universe and director of the Insidious franchise. Both Wan and Cooper have previously worked together for Malignant and are the minds behind the story of M3GAN. With a background like that, you can expect nothing short of a deeply twisted and spine-chilling narrative from this new project.

The film is produced by Jason Blum under Blumhouse Productions, which reinstates the fact that this is a horror movie that you would definitely want to watch. Wan also serves as one of the producers under his production banner, Atomic Monster Productions.

Get Out star Allison Williams headlines the cast of M3GAN, as Gemma, the robotics engineer who designs the AI doll, and aunt to her eight-year-old, orphaned niece. Jenna Davis (Scarlett’s Lab) features as the voice of M3GAN while Amie Donald (Sweet Tooth) stars as M3GAN, and Violet McGraw (The Haunting of Hill House) as Cady, Gemma’s niece.

In other roles, there’s also Ronny Chieng (Shang-Chi and the Legend of the Ten Rings), Brian Jordan Alvarez (Will & Grace) as Cole, Arlo Green (Cowboy Bebop) as Ryan, Jen Van Epps (One Lane Bridge) as Tess, Lori Dungey (The Lord of the Rings: The Fellowship of the Rings), Stephane Garneau-Monten (Straight Forward) as Kurt.