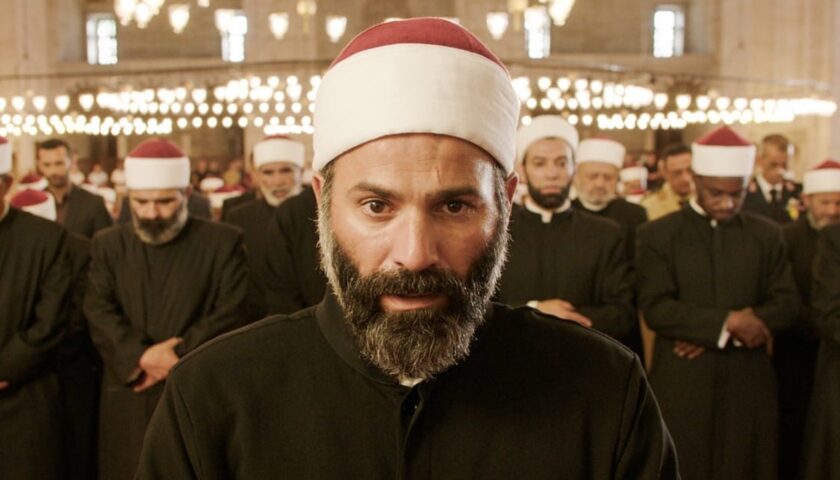 Tarik Saleh put his hand on a timeless aspect of Egyptian politics: the power interplay between the political leaders (the military) and the religious figures (Al Azhar). Never has this sensitive issue been addressed before. Which is ironically the very reason why this movie fails.

The reason why this issue was not addressed by Egyptian cinema (or “Hollywood-sur-Nil” as some used to call it back in its glamorous days) is simple: censorship. Egyptian moviemakers and actors would not be allowed to talk about this taboo. Indeed, this movie will not be played in Egyptian cinemas.

The direct consequence is that only foreign moviemakers can get away with making a movie that tackles this sensitive issue. And this is where things go wrong.

The movie – understandably – fails to capture any Egyptian essence. Dialogues are unnatural. Characters and attitudes are artificial. Add to this the fact that the cast is virtually Egyptian-free (for the reasons described above). They are therefore incapable of smoothing the dialogues into something that feels more natural.

While Tarik Saleh is from Egyptian descent, it is obvious from this movie that his relation to Egypt is, alas, too tenuous to make a movie that delves so deep into Egyptian social, political and religious realities.

Nevertheless, I am aware that my issue with this movie will only be shared by the Egyptian public. Therefore, to the extent that Tarik Saleh considers Boy from Heaven to be a a picture about Egypt by foreign filmmakers to foreign viewers, I would cut him some slack.

Still, the movie is riddled with espionnage clichés. Whichever you can think of, you will find in Boy from Heaven. Egyptian classical music is played at unlikely places. Scene transitions are often abrupt, evidencing issues with the montage.

More than once, the movie did feel like an average film school student’s graduation project.