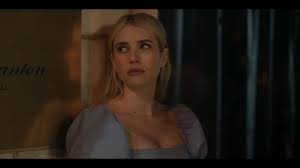 Maybe I Do is kind of a comedy of errors that arise from the complicated relationships of two couples. Michelle and Allen are a couple and planning to move forward in their relationship and take the next step. In other words, they want to get married, but before they finalize anything, they want their parents to meet and get to know each other’s family. Very Father of the Bride, right? Well, what they don’t know (but will eventually find out) is that their parents know each other quite well. And not in a social or friendly way.

As it turns out, and as is shown in the trailer, the parents have been having an affair with the other’s spouse. Ergo, their opinion of marriage as a concept and of their children’s decision of getting married is not quite as the kids expected. As the get-to-know dinner starts to fall apart, the parents must figure out the best way to hide their secrets from their children and possibly help the kids with their decision to get married. But will they be able to keep up with the façade or will the night turn into everyone’s worst nightmare? For that, you’ll have to watch the movie.

Michelle (Roberts) and Allen (Bracey) have reached the point in their relationship where they are considering next steps. They decide to invite their parents to finally meet and to offer some understanding of why marriage works. Turns out, the parents already know one another quite well, which leads to some differing opinions about the value of marriage.

Movies and shows like Book Club and Grace and Frankie have established that romantic comedies are not limited to younger couples and the endless complexities of their relationships. Maybe I Do joins that expanding list of raunchy senior comedies, bringing a refreshing touch to the content in this genre, as many fans would agree. Written and directed by Michael Jacobs, Maybe I Do follows a young couple, Michelle and Allen, who are planning to get married. As a step in that direction, they invite the parents to meet and get to know each other. What they don’t know is that their parents already know each other, but not in the way their kids expected.

The romantic comedy movie reunites Richard Gere and Diane Keaton, who last shared the screen in the 1977 crime drama film Looking for Mr. Goodbar, as well as Emma Roberts and Luke Bracey, who were last seen together in the 2020 Netflix holiday movie, Holidate. With a star-studded cast and a hilarious storyline, Maybe I Do promises to bring you a cheerful start to 2023, something we’re all looking forward to, and we can’t wait to see all the fun and drama unfold. So, while you wait for the movie to arrive at the theaters, read on to learn all the revealed details about the plot, trailer, release date, cast, characters, and everything else we know so far about Maybe I Do.

The official trailer for Maybe I Do is more than what you would have expected when the movie was first announced. Although the two and half minute video reveals the plot, you can expect the real surprise of the story to unfold in the events that follow, for which you’ll obviously have to watch the movie. The major characters seem to be full of fun and charm, with a hint of spice, especially the leading ladies with their signature performance styles, which makes the plot quite intriguing. Most importantly, the trailer shows that this isn’t the kind of rom-com that you generally expect from senior actors and that’s what makes this movie exciting and unique in its own right. Expect plenty of laugh-out-loud moments as well as dramatic ones in what is sure to be a great watch for fans of the genre.

Maybe I Do boasts an ensemble cast with some of the most famous faces and popular names in Hollywood. Richard Gere, Diane Keaton, Susan Sarandon, and William H. Macy headline the cast, along with Emma Roberts and Luke Bracey. Roberts stars as Michelle and Bracey as Allen, the young couple who want their parents, played by Gere, Sarandon, Macy, and Keaton, to meet each other. Keaton and Gere play Michelle’s parents, while Sarandon and Macy star as Allen’s parents.

An acclaimed and award-winning actor, Richard Gere is perhaps best known for starring in movies like American Gigolo and Pretty Woman (coincidentally, both involving prostitution but from very different angles). Apart from Maybe I Do, Gere is also set to appear in the upcoming comedy-drama movie, Longing. Susan Sarandon also has some notable work in the pipeline, having been confirmed to appear in the upcoming DC superhero film Blue Beetle. William H. Macy recently appeared in the acclaimed Hulu original series The Dropout, playing physician and inventor Richard Fuisz. As for Keaton, she will next be seen in the rom-com Book Club 2 – The Next Chapter, the sequel to 2018’s popular comedy drama Book Club, which also features Jane Fonda, Candice Bergen, and Mary Steenburgen. The cast of Maybe I Do also includes Gina Jun, Natalie Ortega, Azriel Patricia, and Kirk Kelly, among many others.

Maybe I Do is written and directed by Michael Jacobs, who also serves as one of the producers of the film along with Vincent Newman and Scott Mednick. Jacobs is an American television creator, writer, and producer, who has worked in film and television, as well as on Broadway and Off-Broadway productions. He is best known for his previous television projects like Disney Channel’s Girl Meets World, ABC’s Dinosaurs and Boy Meets World, and NBC’s My Two Dads, for which he won the People’s Choice Award for Favorite New TV Comedy Program. In films, he has earlier produced 1994’s Quiz Show. Maybe I Do marks the filmmaker’s feature directorial debut. Stephanie Heaton-Harris, Diane Keaton, Jason Pinardo, Jennifer Semler, Jonathan Montepare, and Skyler Mednick serve as executive producers on the film.