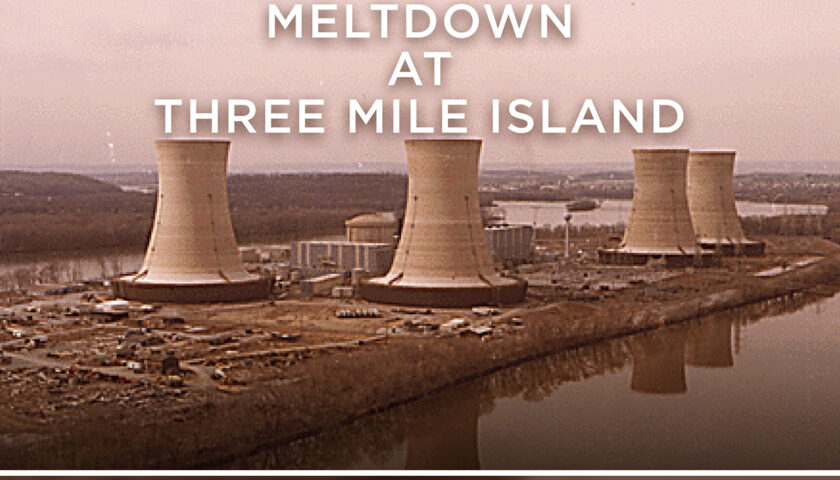 Until the TMI accident, there had been no issues at nuclear power plants in the U.S., and no one had expected any problems as nuclear power started being deployed in the country throughout the ’70s. As the temperature and pressure rose in the newly-online Reactor 2, however, people who worked there at the time talked about how they had no idea what was causing the issue. Richard Parks, who was the whistleblower regarding the response to the disaster from Metropolitan Edison and the state government, is one of the people interviewed.

Met-Ed kept underplaying the severity of the accident to PA state officials, and in turn the state officials gave mixed messages to the public. The federal oversight organization, the NRC, was equally in the dark. In fact one NRC rep tells Davidson that the public’s panic was stoked by the hit film The China Syndrome, which had been released only 12 days before the accident.

When we watch a docuseries that’s about a seminal event that took place in our lifetimes, we look to see if the producers and director endeavor to tell us things about the event that are not as widely known, and fill in the broad strokes that everyone’s memories of that event leave out. Meltdown does exactly that, even if the sty

To an almost-8-year-old, the images of the TMI disaster are very broad: The cooling towers, engineers in bad suits with worse mustaches, Jimmy Carter trying to explain the disaster to the nation. So hearing from those who were there about what exactly happened, and how Met-Ed tried with all of its might to downplay the potential danger to the surrounding residents and the American public, brings us into the disaster in a way you just couldn’t get from the news coverage at the time.

Yes, Davidson makes liberal use of reenactments, especially of scenes in the Reactor 2 control room where the engineers were scrambling to figure out what was wrong, and how to stop it. Those scenes are relatively effective because there is no footage of what went on inside the plant as things were spiraling out of control. It’s when Davidson uses the technique to show townspeople and other scenes from outside the plant that the use of the reenactments seems heavy-handed.

But if you want a detailed account of the harrowing days where the officials at TMI, Med-Ed, the governor’s office and the NRD knew whether the core was going to melt down or not, then the coverup of the bungled response, Meltdown: Three Mile Island does a good job of filling in the blanks you may have had for the past 43 years.