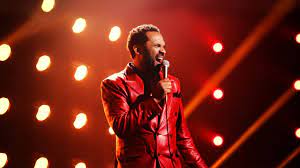 Mike Epps: Indiana Mike on Netflix will be available for streaming this March 29, 2022. Epps’s upcoming comedy standup special is highly awaited. The actor and comedian, Mike Epps will be in the purview of the spotlight as he returns to his hometown, Indianapolis for the upcoming release.

Epps is particularly famous for his insightful details from the Black community’s lives. It will be his third comedy special on the streaming giant, Netflix. Alfonso Johnson serves as the director of this episode. The executive producer team includes Kyra Epps, Mike Epps, Rikki Hughes, Niles Kirchner, Thomas Cobb, and Royale Watkins.

The other Netflix stand-up specials of Mike Epps include “Don’t Take It Personal” which dropped in 2015. The other one is “Only One Mike,” which premiered in 2019. The third in line is almost here, and here are the few details you must watch.

The forthcoming stand-up special by Mike Epps is officially titled, Indiana Mike. It has now received its premiere date. The episode will drop on March 29, 2022. It will be an hour-long episode. In this release, he will be exclaiming what he personally loves about Indiana. Epps will be delving into the legacy of his parents and will bring much more entertaining and enriching details about his life in Indianapolis.

Mike Epps: Indiana Mike will be premiering on Netflix this March 29. It will get a global release via the streamer. Hence, you need an active subscription to Netflix to seamlessly stream the episode. Mike Epps stand-up always provides you with the special trifecta to keep you engaged, and entertained.

It has been a long since “Only One Mike” had dropped. And, now the fan-favorite host needs to catch up on various topics since the pandemic season. Fortunately, Indiana Mike is round the corner, and you can watch it on Netflix soon.

The trailer for Mike Epps: Indiana Mike is now available. It gives a glimpse at the chaotic trip the host will be taking, as he navigates through his memory lane. He tries to strike a balance between trying to praise and diss his hometown, Indianapolis. Bringing to the audience his real-life anecdotes, he recounts his life with his parents and neighbors. He brings about candid tales of the legacy of his parents.

Epps is seen unpacking himself in the trailer. As he has a heart-to-heart talk with the audience, he tells them that stardom can take a toll on you. The attitude of people changes towards you, they almost always expect certain things from you, and delivering on it can be exhausting. For example, he says that he gets tired of acting he does not like white people because at times they are certainly very nice.

Epps’ comedy special, as mentioned above, will deal with his life in Indianapolis. Epps is also seen joking about the COVID vaccines. He says that it would have a better appeal if marketed. Maybe, they could flavor it up: Watermelon Pfizer? The pineapple Moderna? Maybe, mango next?

He further talks about relationship pitfalls and impenetrable TikTok dances. The episode is filmed in Indianapolis, at the Walker Theater. The audience group consists of the Indiana Pacers, the Mayor, along with his long-time criminal lawyer.