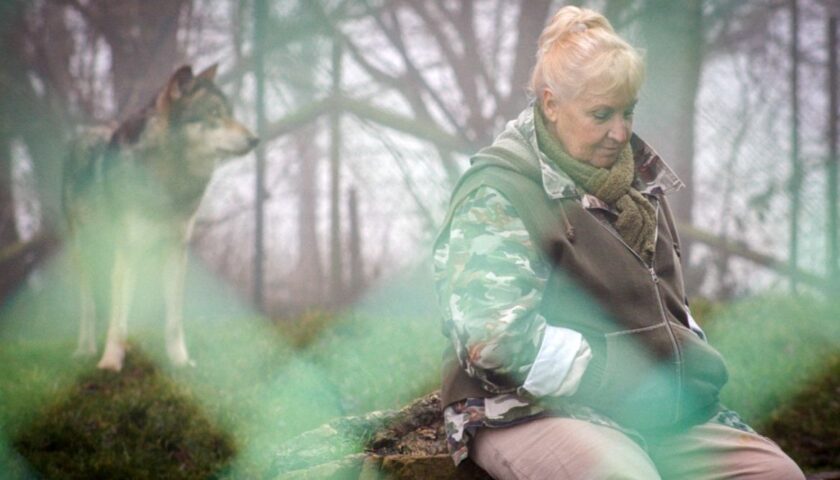 In the early 1990s, an unassuming Belgian immigrant named Misha Defonseca went up to the bima of her Holliston, MA temple on Yom HaShoah — Holocaust Remembrance Day — and told an incredible story that no one in the congregation had ever heard before. Trembling but defiant, Defonseca revealed that she was a survivor, herself. She said that she had been separated from her parents at seven years old and placed in the care of a Catholic family who might be able to keep her safe from the Nazis; she said they rechristened her “Monique,” a life-saving deception that nevertheless severed the young girl from her nascent sense of self just when she was first coming to understand what it meant to have one. She couldn’t even remember her own last name. And so Defonseca, armed with nothing but a pocket knife and a child’s naiveté, stole away in the night and began walking across war-torn Europe in search of her mother and father (supposedly in Germany somewhere). She only managed to make it through the journey by falling in with another family along the way: A pack of wolves, who came to accept her as one of their own.

It’s a crazy story, but so — to a certain degree — is every story that made it out of the Shoah. Surviving the unimaginable often demands the unimaginable. While Sam Hobkinson’s gripping but overly slick, “Misha and the Wolves” later doubles back to put Defonseca’s testimony under a microscope, the first 30 minutes of this documentary skillfully compel viewers to accept every word of her account. Isn’t “compel” a funny word? It can mean so many different things depending on the context in which it’s used.

Here, the ice is tilted in Hobkinson’s favor, as most people aren’t predisposed toward disbelieving the words of an old woman as she stares down the lens of a camera and bravely recounts her childhood memories of escaping a genocide. Holocaust denial has also acquired an extra and all too necessary weight over the years, and those who descend from survivors might be disinclined to pull apart the already fraying threads that connect us to our pasts. When publisher Jane Daniel, who pushed Defonseca into writing a bestselling memoir, recounts how her client backed out of the 1997 Oprah interview that would’ve turned the book into an even bigger hit, Defonseca seemingly couldn’t bear the pressure of having to share her pain on national television.

The truth of the matter turns out to be a bit more sordid than that, but — like a well-meaning wizard who becomes a simple conduit for the same cursed ring he’d meant to demystify — Hobkinson is too seduced by the dark power of his own storytelling to offer much deeper insight into how Defonseca may have abused her own. Exploiting now-familiar techniques of documentary misdirection in the service of easy suspense, “Misha and the Wolves” wastes a golden opportunity to interrogate the slippery nature of historical truth (and a Herzog-worthy heroine along with it), opting instead to spin a self-satisfied yarn that offers little insight into anything beyond our natural tendency to believe the most ecstatic truths.

But just because “Misha and the Wolves” doesn’t have much to say doesn’t mean it’s not entertaining. On the contrary, “Misha and the Wolves” is only so entertaining because it doesn’t have much to say. If this movie is too addicted to its own surface intrigue to have the energy to dig any deeper — if Hobkinson falls into the same trap that he sets for us, and that his subject may have set for him — that’s only because the story it tells is so riveting from the moment it starts. Behold the pervasive influence of the true-crime phenomenon, which has the power to reduce even the most nuanced episodes of human pathology into a prefab collection of tense music, shocking revelations, and FBI-style stringboards.

Hobkinson has certainly done his homework, as “Misha and the Wolves” is conveyed through talking head interviews with all of the major players. There’s the radio host who first broke Defonseca’s story, the neighbor who vouched for the sweetly eccentric survivor next door, and the wolf expert who marveled at Defonseca’s preternatural connection with the lupine community; she remembers that when a wolf clamped its jaws down on Defonseca’s skull during a field tape for “The Oprah Winfrey Show,” Defonseca reacted by howling at the top of her lungs. It worked.

Other, more crucial figures emerge from there, including the aforementioned publisher, the attorney who brought her to ruin, and a handful of international cast members whose mere job descriptions would spoil too much about where the movie goes in its second half. Most of all, there is the character of Misha herself, who retells her story for us as if for the first time, and quiets our doubts even when the details appear to be stacked against her.

Hobkinson takes great pleasure in dramatizing the nature of those details, devoting long and breathless passages to banal matters of process. Arresting as it can be to hear a colorful group of amateur detectives wax suspenseful about following clues into the recesses of pre-war paperwork, the emphasis on “how” over “why” leaves “Misha and the Wolves” with an empty hole in its center that Hobkinson never manages to fill. It’s maddening to watch a film so ostentatiously preoccupied with facts — with unearthing them, dusting them off, and then throwing them in our faces — that it loses sight of the age-old truth that it seems to intuit from the start: Facts are the least interesting part of any good story. The more we learn about Defonseca’s truth, the more frustrating it becomes that Hobkinson seems only peripherally interested in defining what that might be (access becomes a critical problem towards the end of the film as Hobkinson suddenly tears the band-aid off the movie’s biggest open wound).

“Misha and the Wolves” would have been a far more worthwhile film had it treated past as prologue and started much closer to where it winds up. And while it becomes increasingly self-evident why Hobkinson’s hands were somewhat tied behind his back in that regard, it doesn’t change the fact that Defonseca is still a mystery to us by the end of this movie. “She’s both a victim and a villain,” someone asserts in the final moments, but to us she’s neither of those things so much as she is a character in a wild story that someone told us secondhand.