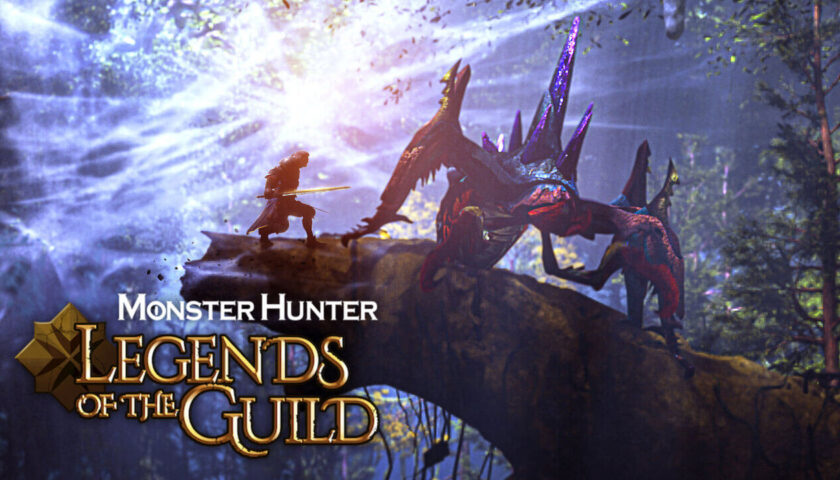 Monster Hunter: Legends of the Guild achieves something that very few video game adaptations do: representing what makes the source material special. The Netflix film does an excellent job with this, but unfortunately, it falls short in other important areas, like pacing and character development, that keep it from becoming one of the better gaming adaptations.

Serving as a sort of prequel to Monster Hunter 4 while also connecting with Monster Hunter World, Legends of the Guild follows a young man named Aiden (Rufio and Zuko himself, Dante Basco), who may call himself a hunter, but is no match for the true monsters outside the confines of his isolated village. He knows about Velocipreys and Deviljhos, and just like in the games, he always has a corny monster-related pun at the ready, but he’s still not the Ace Cadet or the Excitable A-Lister we know and love. When he learns that his village is on the migration path of an Elder Dragon, he’ll have to gather some veteran Ace Hunters to help him defeat the monster before his home gets torched.

Legends of the Guild is essentially “Seven Samurai with a giant dragon,” and while that might sound pretty fun, it sadly doesn’t always work. Simply put, this movie doesn’t have the time nor the script to give the story any more meat than the bare-bones archetype of a group of strangers coming together to save a town from a formidable force. At 58 minutes, it’s barely longer than an episode of prestige TV, meaning it doesn’t get much time to develop its characters beyond those archetypes: the stoic leader, the smart one, the one with a dark past. Likewise, the storylines jump around so quickly, you might get whiplash by the time credits roll. Sure, some fans might not be bothered by the lack of characterization, as the film seems to try and justify that by making the characters known hunters from the games, like Julius and Nadia. But if you aren’t intimately familiar with NPCs from an 8-year-old game or simply want more from a character than a known name, Legends of the Guild is lacking.

That being said, it does a great job in recreating the experience of playing a Monster Hunter game while expanding on its world in subtle but significant ways. We see more of the day-to-day goals of hunters, trying to do more than just achieve glory and better weapons, like studying a Nerscylla or calculating the wingspan of Lunastra. It also comments on the act of hunting itself in a way the games only hint at. For example, the idea of poaching becomes an important part of the film, as Julius explains that hunters used to kill monsters in excess before the guild was founded, which threw the world out of balance and ruined the ecosystem. If we get more Legends of the Guild movies, this is something that could prove to be a fascinating addition to the lore of the games.

The voice acting also helps in making up for the thin characterizations, especially Basco as Aiden, who gets the same hotheaded charm that made Zuko a fan-favorite character in Avatar: The Last Airbender. In spite of this, there is some weird animation around the facial expressions that looks almost out of sync with the voice acting. Thankfully, the animation elsewhere is fantastic. Steven F. Yamamoto, who worked on visual effects departments for films like The Meg and Sky Captain and the World of Tomorrow, and his team at Pure Imagination Studios bring the titular monsters to life in a way that rivals even the multimillion-dollar live-action film from last year. The monsters’ movements at times look like they were pulled directly from the games, and the way they act and fight is faithful to the source material. The many, many fight scenes are gorgeously rendered, and there are a couple of moments worthy of a OnePerfectShot shoutout on Twitter.

Though Monster Hunter: Legends of the Guild lacks in terms of story and characters, it’s undeniably fun to watch what feels like an extended cut scene from the game come to life. The animated fights are stunning, and there are some surprises that may shock even longtime fans of the games, as the movie shows a few parts of the world that have never been explored before. If it’s successful at one thing, it’s proving that there’s room for more feature films in the Monster Hunter universe. Let’s just hope the next one gets some more breathing room.

In a world where humans and fearsome monsters live in an uneasy balance, young hunter Aiden fights to save his village from destruction by a dragon. Steven F. Yamamoto (“Transformers”) makes his directorial debut in this exciting film based on the Monster Hunter video game series.