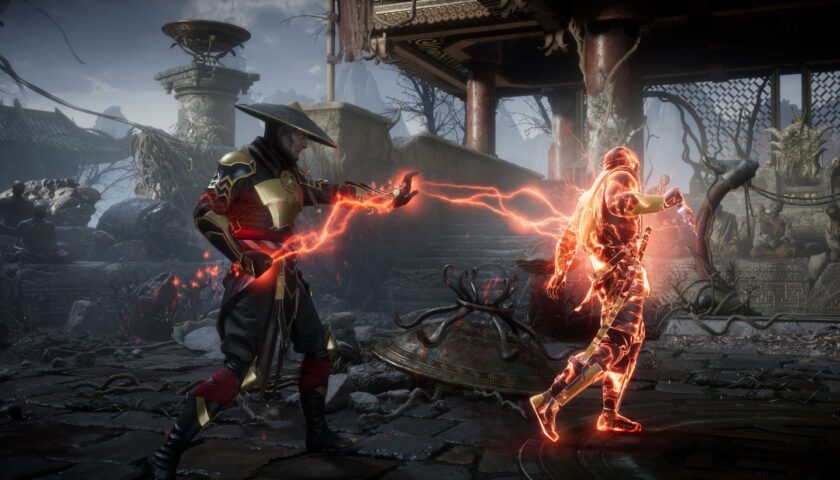 Mortal Kombat is a fun bloody action-packed romp that puts pleasing fans of the video game first and introduces its mythology to general audiences second. Director Simon McQuoid directs with a love for the source material, delivering on the franchise’s signature gory martial arts violence.

The new story centers on Cole Young, a new character created for this film, and the ancient rivalry between Scorpion and Sub-Zero amidst the tournament determining the fate between the Earthrealm and Outworld.

Screenwriters Greg Russo and Dave Callaham try to accomplish a lot. The script is of two minds, devoting half its attention to these two main plot lines while the other half is spent on world-building. Gradually as we move towards the middle of the film, it is full of world-building. This results in a somewhat rushed finale, but it’s all forgivable knowing that the franchise is in the right hands and being done properly.

The Scorpion and Sub-Zero rivalry is the best part. As Scorpion, Hiroyuki Sanada shines in a way he’s never had in his past Hollywood films. In a much-deserved lead part, Sanada gets to showcase his steely-eyed charisma and impressive martial arts skills (the man is in his fifties). This film could have been centered on just Scorpion. I wish there was more of Sanada.

Joe Taslim’s Sub-Zero is freaking scary as a villain, to the levels of Jason Voorhees from Friday the 13th. His ice powers are indomitable and throughout the fights, I was biting my nails watching how close his freezing hands were to his victims.

The fight choreography is blood-gushingly violent. The action is shot in a way the audience can follow easily and the characters’ powers are used creatively. Fans of the game will be satisfied to see all the signature moves and fatalities. Do not take your kids to this.

Even though they are decent gags provided in the script, the comic relief works half the time. A lot of the actors are not selling the genuine human reaction enough to the craziness and it is swallowed up by the overall self-serious tone of the piece. Chin Han’s Shang Tsung is a particular case where I felt the costume was wearing the actor.

It’s a testament to what Christopher Lambert and Linden Ashby brought to the original Mortal Kombat. They provided comic moments that helped ground the ridiculousness of what was happening. This remake gravely needed that charisma.

The gags that did work, however, were great. There’s a gag about leg sweeping and how it is a cheap move in the video game that had me laughing out loud.

Josh Lawson’s Kano, the film’s other standout character, inherits the sole duty as the comic relief and audience avatar and elevates the talky scenes with irreverent quips and freeform profanity. Hearing Lawson unleashing F-bombs in one scene suddenly transported me back to watching movies in the nineties, back when I could enjoy a crude joke with expletives or a violent R-rated moment and did not have to feel guilty.

And that in a nutshell, is what I enjoyed most about Mortal Kombat. It is unbridled unapologetic fun. The original film holds a special place in my teenage heart; I can’t quite say if I like this film more than the original quite yet. Time will tell. For now, I hope the new Mortal Kombat is well-received and a future sequel to be in the works.