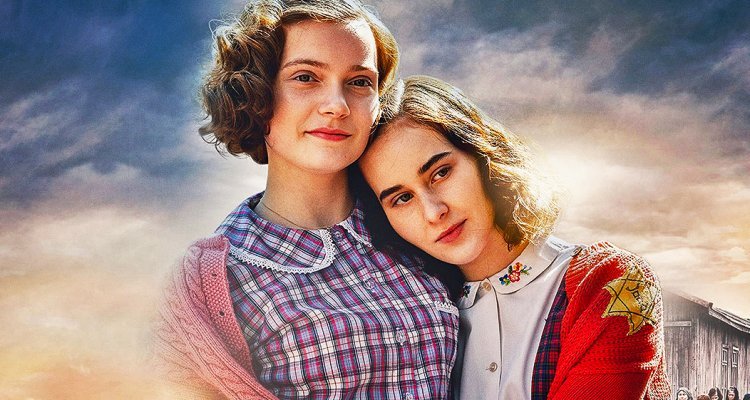 The Holocaust still casts a long shadow over global history, a dark undertone that still sets the scene for how the impacts of fascism and prejudice are viewed today. Millions of individuals—Jews, Romani, Soviet citizens, homosexuals, and many more—were killed during this time, although the actual numbers are unknown and lost in the tide of history. But even in 2022, books about the Holocaust are being banned and popular television hosts have been the source of controversy over their views of the Holocaust.

Schools have been reading the diaries of Anne Frank, a young girl who hid with her family and another family in an annex, ever since they were published and became popular. Frank died at the age of fifteen in a concentration camp due to typhus, but her legacy continued. Years after her death, her diaries were published by her father Otto Frank. He was the only family member to survive the war. It was only recently that their potential betrayer, a Jewish notary, was informally identified as the prime suspect.

My Best Friend Anne Frank takes Anne’s story and switches the perspective to a figure far less known than Frank: her best friend Hannah Goslar, who also goes by her nickname “Hanneli.” Hannah survived the Holocaust and, as of 2022, is still alive. My Best Friend Anne Frank is the first Dutch movie to tackle the topic of Anne Frank’s life, which is interesting considering Anne Frank was German and Dutch. Her family moved to the Netherlands when she was only four years old, and when the Germans occupied the Netherlands, that sealed the fate of many Jews living with the country at the time. The movie was adapted from the 1997 book Memories of Anne Frank: Reflections of a Childhood Friend by American author Alison Leslie Gold. The book was written with the help of Goslar herself.

My Best Friend Anne Frank opens with a domestic scene and portrait of girlhood. Two girls just being more carefree and happy despite the circumstances they will soon find themselves trapped within. They play hide-and-seek, an ugly omen to what their lives will become as they search for the darkest corners to hide inside. Outside in the real world, a Jewish man is being beaten by Germans. The screams echo up into the home, and the horrified girls are unable to walk away. The illusion of peace and tranquility has been broken. The scene of the movie has been set, and although many will know the ending to Anne’s story already, it is time to see it through fresh eyes.

The movie is a testament to female friendship in the light of the Holocaust. Girls do their makeup and hair in front of mirrors, ignoring the golden stars pinned to their chests, the ones that identify them as Jews, and their floral dresses swing as they walk down the bright streets of the Jewish Quarter. There’s typical girly cattiness among youths: cliques, a best friend turning distant, the feeling of loneliness and not belonging. At times Anne herself can seem a bit mean to Hannah; she ignores her in favor of more cool girls, leaving Hannah alone and without friends, and Anne seems a bit boy-crazy at times.

Anne is everything Hannah is not; Anne kisses boys in movie theaters while running away laughing. Life in the Jewish Quarter seems sweet for a while. Space plays an interesting role here because the outside world reminds them of the reality that they live in. Interiors are a place of freedom, where the girls can play and make prank phone calls, but that is only in the life they live before the camps. When Hannah presents a stuffed animal to a child in the cold barracks, the reception is just as chilly as the freezing downpour they are within.

“I want to see the whole world as an actress or writer,” says Anne Frank in one scene, while Hannah discusses potentially being a nurse. A movie unfolds on the screen before them. In that peaceful moment, when it’s just them and a boy in the seat next to Anne, the whole world is at their fingertips. They discuss getting passports and leaving this place. The world may now know the ending to this story, but at that moment, viewers invest in the innocence of these two girls with normal dreams of being someone. Anne follows up her previous statement with this: she wants to be a famous writer, one known globally. This tragic irony is not lost.

But it is in these moments a gradual realization comes to the surface: these are just normal girls coming-of-age during World War II. When there are no stars on their dresses, they are free to be whoever they wish, have whatever dreams they want in the world. They are not Anne Frank and Hannah Goslar, a victim and a survivor of the Holocaust. They are allowed to exist in a space where they are not contained to labels created by faith or identity. These are the moments in which My Best Friend Anne Frank truly shines and offers a glimpse at what a normal life for these two girls could have looked like.

The movie casually switches periods, starting in 1942 then transitions to 1945 when the girls are in concentration camps. Their playful friendship shifts when Hannah realizes that the Frank family did not escape to Switzerland like she thought they did during her time at the concentration camp. Anne lives on the other side of the wall, frail and alone, and her sister is dead. It is during these moments the movie begins to become more fragmented, as the camera lingers too far in the past at times and loses focus of the introductory scenes set in the future.

The harsh coloring of the exchange camp and cool tones is an immediate contrast to the brighter, happier tones of their previous life. This movie is emotional, something that can easily be gauged by the topic and who the characters are, but with the coloring alone, it becomes evident how drastically their lives changed. Up until the moment Hannah discovers Anne’s in the same camp in her, there is a naive little hope and belief inside her that Anne made it to Switzerland and escaped this tragedy. The Nazis are shown to be brutal, even hitting a pregnant woman’s stomach, and unwilling to acknowledge their victims as human beings.

Violence always lingers in the background of the film, but, in real life, Hannah Goslar’s father had secured the family Palestinian papers, which had allowed them certain privileges in the camp. In an interview, she had stated that the only reason they were not killed outright was that they had those papers and a passport from Paraguay. Thus, they were sent to an exchange camp rather than a death camp like Auschwitz. Anne Frank was on the opposite side because she did not have these connections, and Goslar threw food and socks over the barbed wire fence to help her friend. That was the last time she saw her.

My Best Friend Anne Frank is an ambitious film, although it falls flat on characterization. Without Anne Frank in the narrative, Hannah Goslar is framed as lost, lacking outside her friendship with Anne. Even with the English title alone, there’s an implication that the movie will ground itself on Hannah’s story, but when her story begins and ends with Anne, it implies a deliberate sense that Hannah does not have a particular meaning outside of Anne’s presence in her life. Without Anne Frank being who she was, perhaps the movie would not have had enough substance to anchor itself to its structure and plot.

But the way that Anne Frank is depicted also draws attention to the source material: Frank’s diaries. Frank in My Best Friend Anne Frank chases boys, ditches her best friend for the popular girls, and she almost seems a bit spoiled at times. The viewers pity Hannah, who stays in this friendship because she does not seem to have any other friends. While Hannah might consider Anne to be her best friend, one could imply from the movie that this notion is a one-sided belief.

The movie was an ambitious effort, one that tries to shoot too high quickly, and it offers a fresh perspective on Anne Frank. Creative liberties may have been taken when it came to the actual depiction of people who existed only a lifetime ago, but it offers a tender depiction of female friendship that is emotional and heartwarming despite the circumstances. As the generation that survived the Holocaust slowly diminishes in numbers, remembering the tragedy and trauma becomes even more significant in today’s world.