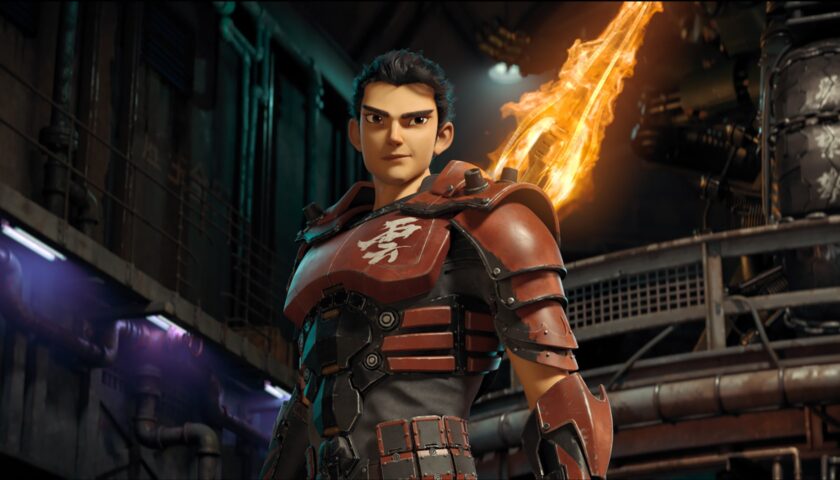 The film is produced by pioneering Beijing-based studio Light Chaser Animation. The movie is based on the oft-adapted classical Chinese novel The Investiture of the Gods, but Light Chaser has given the material a vivid pop-culture spin in a bid to generate excitement among Chinese youth.

Those efforts have yielded a modest success at China’s booming box office. Among the seven Chinese New Year titles that released last Friday, Nezha Reborn currently ranks fifth with $36.5 million in total sales, according to ticketing service Maoyan. But the movie has been a favorite among China’s more discerning filmgoers. On the influential movie reviews site Douban, which tends to be a reliable barometer for film quality in China, Nezha Reborn ranks second best among the new releases, with a user reviews score of 7.4. It’s trailing only the ascendent box-office champ Hi, Mom, which has a Douban score of 8.2 and total earnings of $403 million. The solid critical reception suggests strong legs for Nezha Reborn for the rest of the holiday and beyond.

Netflix hasn’t been able to launch its service in China because of the Beijing government’s ban on foreign streaming platforms. But in recent years the company has acquired a number of major Chinese blockbusters — such as sci-fi hit The Wandering Earth and comic book adaptation Animal World — making them available to the Chinese diaspora audience around the world.

A streaming release date for Nezha Reborn is yet to be revealed. The official summary for the film is as follows: “Set in a mythical world, Donghai City, a melting pot where gods and people from different cultures co-exist, Nezha is reborn as Li Yunxiang, a young daredevil, 3,000 years after the original Battle of the Gods. Yunxiang grows up as a cool regular boy, who earns his living as a delivery courier. His love for motor racing and adventure prevail even as he discovers his true identity as Nezha. Yunxiang encounters his mortal enemies, the Dragon Clan, who are now living as super wealthy businessmen, feared and revered in Donghai City. Boss De, the Dragon King of the East China Sea or The Patriarch of the Dragon Clan, vows to revitalise the Dragon Clan in the new world. He is accompanied in this film by his three sons, The Three Princes, who are intent on killing Nezha to avenge their clan. New Gods: Nezha Reborn tells the story of how Yunxiang discovers his true identity and valiantly battles the Dragon Clan, their masked assassin, and other enemies, to protect his friends and family in a tale of life and death.”