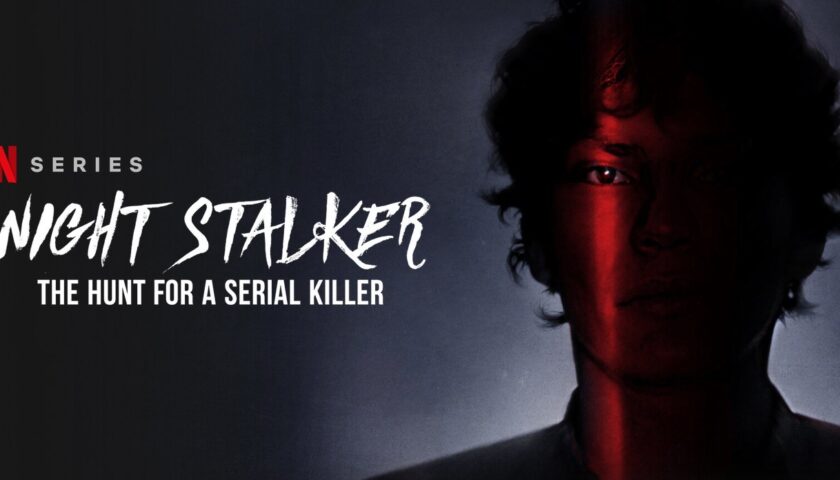 Six-year-old Anastasia Hronas was in bed one hot summer’s night in 1985 when Richard Ramirez opened her window. The serial killer abducted her and drove her across Los Angeles to his home.

A quarter of a century later, Hronas recalled her ordeal. “I don’t know how long I was in the car. He wanted me to look at him and touch him and things like that.” Once at his house, Ramirez zipped her into a duffel bag and only let her out to repeatedly sexually assault her. “I remember saying: ‘Stop, this hurts.’ Something in the way that he would look at me, it was almost like: ‘I’m sorry that I’m doing this to you. But I’m not sorry, ’cause I’m not gonna stop.’”

Hronas was one of the victims of a man who became known as the Night Stalker and attacked men, women and children aged six to 83 at night. He was eventually convicted of 13 murders and 11 sex assaults. Tiller Russell, the director of this Netflix series, has said that his aim was to tell the story from victims’ and cops’ perspectives, while deglamorising the Night Stalker. He airbrushed Ramirez so much from this four-part series that he appears only in police sketches during the final episode.

Advertisement
Fair enough, particularly given the 2016 film The Night Stalker, starring Lou Diamond Phillips as Ramirez, focused on the killer rather than his victims, but this docuseries was hardly as noble as that might suggest. There were slaveringly repeated, hackneyed sequences such as a blood-soaked hammer tumbling to the floor. Interviews were shot at night to further fetishise the milieu in which Ramirez raped and murdered.

Worse, there was an actor voicing Ramirez’s boring satanist philosophy that made the cops suspect for a while he was a Charles Manson copycat. Each quotation – “I was was in alliance with the evil that is inherent in human nature,” went one; “Satan was the stabilising force in my life,” went another – was relayed in green capital letters on screen. We may have not seen the face of the killer but we saw and heard his dull mantras in unedifying detail.

To many LA cops that summer, there were two men stalking the city at night, one a killer of adults, the other a child rapist. “We had a serial killer responsible for kidnapping children, girls, boys; raping adult women, killing adult women, killing males,” recalled a homicide detective, Gil Carrillo. “We’ve never encountered anybody like that in criminal history.” Carrillo courted ridicule from his colleagues by countering orthodoxy and suggesting the two night stalkers were the same person. “The old timers laughed at me.”

But he was right. Shoe prints found at several crime scenes were found to have been made by a size 11½ Avia trainer. Police work found that only one pair matching that size had been sold in Los Angeles. Carrillo and his grizzled partner, Frank Salerno, were finally on the case of a man who didn’t fit the serial killer profile. A dismal catalogue of screw-ups (Ramirez’s impounded car was left in the sun so long that fingerprint evidence was erased) and turf wars between rival detectives meant that Ramirez carried on raping and killing for more than a year. The LAPD did not come out of this affair looking good.

In erasing Ramirez, Russell spent too much time establishing Carrillo and Salerno as heroic protagonists. Episode one was particularly ponderous in establishing the detectives’ back stories. The rookie, Mexican-American Carrillo, was thrilled to become partner of old hand Salerno, the legendary detective who had solved the “Hillside strangler” case a decade earlier. While their relationship was told in meticulous detail, Ramirez’s crimes were narrated confusingly. There was too much about the hunters not enough about the hunted.

One night, Ramirez dropped little Anastasia at a gas station and told her to call 911. Hronas still does not know why he let her go and did not kill her. Even after four episodes we never really got to the heart of what made Ramirez tick. But The Night Stalker did give us a clearer idea of why we want to watch true-crime documentaries. We, like Ramirez, are voyeurs. We want to look into the abyss. And then, having pleasurably terrified ourselves at the view, we console ourselves with the thought that justice ultimately prevailed and the culprit died in jail. Ramirez was 53 when he died of cancer in 2013 after spending 23 years on death row.