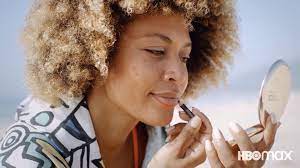 In the first episode, about makeup, the presence of talc in products is discussed, focusing on two products: Kids’ makeup from Claire’s and Johnson’s Baby Powder. Because talc is mined next to asbestos, cross-contamination is inevitable, and asbestos has been found in both products, and pretty much anything else with talc, even products claiming to be asbestos-free.

Corrin Otillo, from Louisiana, played with makeup her whole life and made a career out of it. She also used lots of baby powder. In her 20s, she was somehow diagnosed with mesothelioma, which usually affects people who work with asbestos. In Rhode Island, Kristiana Wagner had the Claire’s makeup set she bought for her daughter MacKenzie when, after seeing the asbestos cases her mom worked on at her law firm, wondered if her makeup had it too. Sure enough, there were millions of tiny asbestos fibers, only seen through electron microscopes, but enough to cause cancer over years of exposure.

Did Johnson & Johnson or Claire’s do anything about these cases? Not at first. In fact, Dick and Ziering uncover documents that showed that J&J knew about the asbestos content of their baby powder dating back to the early 1970s, but kept selling it, mainly by manipulating the government to let them self-regulate, then making tests that purposely found no asbestos.

A critical decision Dick and Ziering made when putting together Not So Pretty is that they decided to focus on one or two products per episode. It’s a pretty ingenious one; by focusing in on a particular product or products, you get an overview of the issues with that segment of the personal care industry without getting overwhelmed by studies and lawsuits and statistics. It shows what corporations big and small try to get away with in the mostly unregulated personal care industry, letting the viewer decide whether the stories translate to the segment as a whole.

In the episode about hair, for instance, the narration concentrates on DevaCurl, which became a big product in the 2010s and drove the “curly hair movement” for women tired of straightening their hair to conform to European beauty standards. The problem was, the products were making the women’s hair brittle and it would fall out in clumps, and it gave them other complications. Of course, they denied everything, but also discreetly reformulated their products to take the toxic ingredients out. And that’s the rub: Until people complain en masse, there’s no incentive for these companies to change their products.

All of this depressing information is presented in a zippy format, with Palmer’s serious but not somber narration. Each episode ends with tips on what the viewer can do to avoid products that can harm them, so the overall vibe is that the power is still in the consumers’ hands.