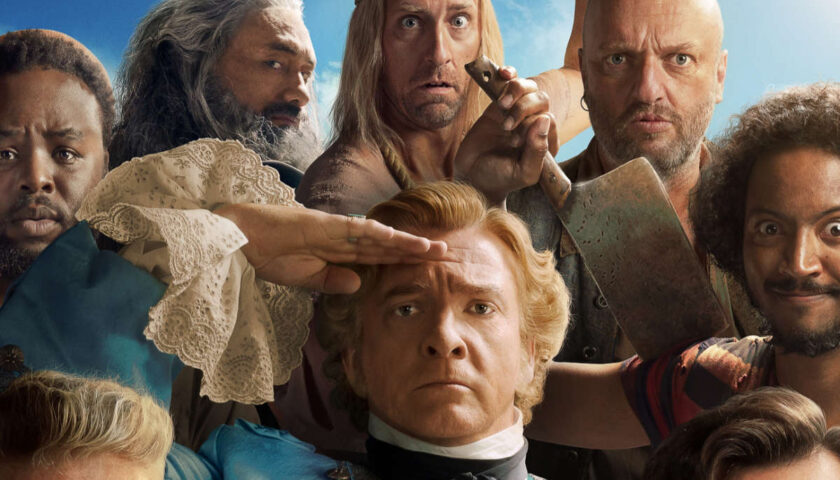 A few episodes into “Our Flag Means Death,” aristocrat turned pirate ship captain Stede Bonnet (Rhys Darby) admires his spoils with a frisson of glee. “Why can’t one be a gentleman and a pirate?” he muses aloud to no one in particular, before deciding to embrace that inherent contradiction as his new moniker. And lo, “The Gentleman Pirate” is born, and the logline of “Our Flag Means Death” stated as clearly as can be.

From creator David Jenkins and executive producer-director-actor Taika Waititi, the new pirate comedy sets sail on the high seas with impressively detailed production design and motley crew of ne’er do wells headed up by Darby’s Stede, who craves adventure as much as his creature comforts. Stede’s aversion to any real violence, real consideration for his crew’s safety, and penchant for ending each night with a bedtime story makes him an unusual pirate — an obvious fact the show relentlessly hammers home in its early episodes (three of which are now streaming on HBO Max). Every decision Stede makes is met with derision by his crew, made up of would-be baddies like “Black Pete” (Matthew Maher), a disguised stowaway (Vico Ortiz), Stede’s confused assistant Lucius (Nathan Foad), and hulking softie Jeffrey (Dominic Burgess). As the show works to find its footing, its standout moments belong to guest stars like Leslie Jones, and the ship’s Black crew members (played by Samson Kayo, Samba Schutte, and an especially scene-stealing Joel Fry) who have to navigate every confrontation differently than their compatriots. The show’s willingness to engage with this kind of historical context, as well as the homoeroticism pulsing through every pirate adventure whether it acknowledges such a tension or not, makes it compelling even when the banter surrounding it all fails to land.

Even with a skilled comedic actor such as Darby (“Flight of the Conchords”) at the helm, though, there’s only so much mileage they can get out of the soft jokes he’s given in these first few chapters, which struggle to land any punchlines beyond the most obvious about the sheer absurdity of a foppish bookworm trying to be a pirate. As it tries to balance Stede’s wild ambitions with his deep sadness, “Our Flag Means Death” can’t quite capture the snap of Waititi’s other TV project “What We Do in the Shadows,” nor the utter strangeness of Jenkins’ alien comedy “People of Earth.” Once the crew members get over their initial disdain and the show explores waters beyond Stede’s ineptitude, though, “Our Flag Means Death” finds a different kind of gear that suits it better.

This holds truest for the relationship that eventually blossoms between Stede and the fearsome pirate warrior Blackbeard, played by Waititi with an impressive gray tangle of a beard and a leer that errs more curious than truly wicked. Once these two cross paths, “Our Flag Means Death” finds a new spark of inspiration, in no small part thanks to Waititi’s casual charisma and the surprisingly charged chemistry between him and Darby as their characters grow closer, much to the dismay of Blackbeard’s righthand man Izzy (Con O’Neill, with a deep rasp calibrated for the ultimate scoundrel effect). Overeager Stede and the mysterious Blackbeard (né Edward) make for such an obvious mismatch that when they do bond over their shared longing for something beyond the lives they’ve already lived, the show’s erstwhile flirtation with sincerity finally locks into place. As Blackbeard and the Gentleman Pirate forge an alliance truly unlike any other bobbing around in the middle of the ocean, the most interesting thing about “Our Flag Means Death” — if also what might disappoint fans hoping for something more patently ridiculous — becomes how it ends up more gently introspective than outright funny in its hunt for comic treasure.