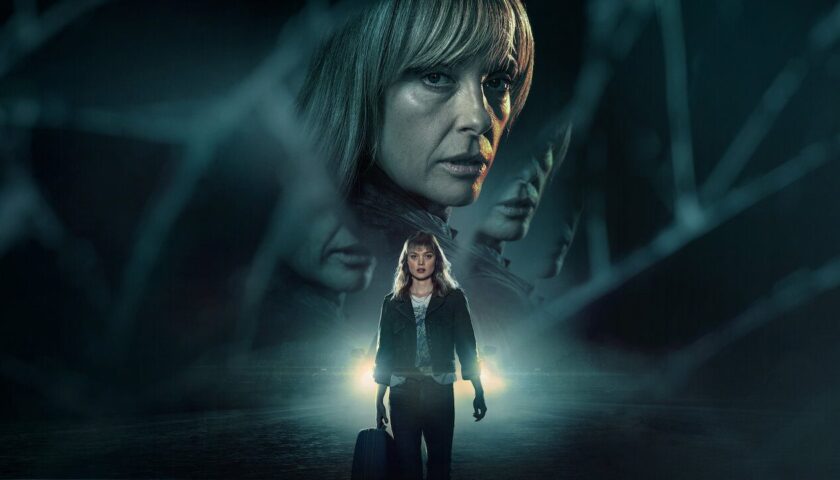 So – what if your mum was John Wick? Or Jason Bourne, but with his memory intact? Or Jack Reacher only smaller?

Such is the tasty question posed by Pieces of Her, a new Netflix thriller based on the 2018 Karin Slaughter bestseller. It seems unlikely that this is the first adaptation for television of Slaughter – who has been banging out addictive crime novels to great acclaim for the last 21 years, but it does seem to be the case. The Grant County and Will Trent series are in development but have not yet seen the light of day.

Pieces of Her opens with depressed low-achiever Andy (Bella Heathcote) celebrating – though that’s not really the word – her 31st birthday with her concerned mother Laura (Toni Collette) at a local diner. When a shooter opens fire on the people at a nearby table, Laura takes charge, revealing the kind of ease and skill with various forms of weaponry – and a willingness to apply them fatally – that suggests Mommy might not be just the cuddly worrywart she appears.

And with that, we’re off. The video that is – of course – taken of events in the diner by a bystander goes viral. Mommy’s face is all over the news and Andy soon comes home to find Laura tied to a chair and being asphyxiated by what turns out to be one of the many people who, for reasons as yet unknown, want her dead. Laura saves herself and bundles Andy out of the house with a burner phone and instructions on how to get to safety. She’s not to come home until and unless she hears Laura’s own voice on that very phone, saying it’s OK. Capisce?

Andy quiveringly capisces and the next few hours are full of more murderous men, twists, turns, double pikes and tricky dismounts as Laura’s secret past is revealed and Andy has to deal with upending everything she thought she knew, plus all the untraceable cars and bobbins upon which her successful flight from murderous men depends.

What can you say? It’s slick, the plot runs like clockwork and – just as with the book – you can walk away at the end feeling thoroughly entertained without being able to remember a solitary thing about it.

It does raise two more issues than the book, however. The first is – why isn’t Collette in everything? Or at least a lot more than she is in? She is wholly credible, even in an expanding ocean of preposterousness, wholly in command of her performance, inevitably outclassing everyone but without upsetting the production. She should be both feted and employed more in recognition of these simple and salient facts.

The second is to wonder why, with 35m copies of 21 novels sold in 120 countries, this is the first Slaughter we have seen on TV? There have been no films either, while Lee Child’s Reacher has had both, you couldn’t move for 90s John Grisham movies (he’s had his crack at television versions too) and you can’t throw a stick at a streaming platform at the moment without hitting a Harlan Coben or Harlan Coben-a-like adaptation. I hope this is not – gasp! – sexism rearing its ugly head again! Get Grant County up on screen ASAP and we’ll say no more about it.