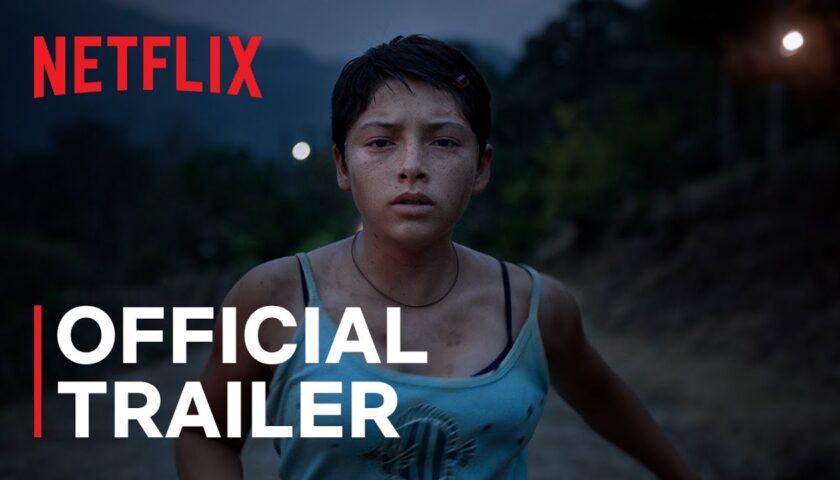 The unforgettable final shot of Tatiana Huezo’s last film, the songlike documentary “Tempestad,” is the silhouette of a figure swimming in blue water – an amputee, missing one of her legs from the knee down. Combining grace and trauma, the image is also striking because of its perspective: She’s floating but, seen from below, from down in the soundless depths just where the water starts to get murky, it looks like she’s flying. With Un Certain Regard title “Prayers for the Stolen,” Huezo casts this extraordinary eye for lyricism within harshest realism across fiction for the first time, and the result is a darkly dazzling dream of life in the cartel-blighted Mexican hinterlands.

Seen through Huezo’s eyes, the hollow in the earth that Rita (Mayra Batalla) and her pretty 8-year-old daughter Ana (Ana Cristina Ordóñez González) are digging in the ground near their scruffy house’s front door is a grave and a womb, a trap and a refuge. It is designed to fit Ana’s little frame snugly, and the girl has already been drilled in the procedure for its use should Rita sound the alarm. Ana knows to fear the convoys of black SUVs that roar along the road below, and to fear even more the day one of them might turn up the dirt track toward her home, but she doesn’t know why to fear them. Rita and the other women of this small, beleaguered rural community — who in the absence of menfolk working in far-off towns congregate in a beauty salon when not earning a pittance scraping the opiate goop out of poppy plants — seem to have a tacit agreement to protect their children’s innocence as long as they can.

And so Ana leads an almost normal childhood playing secret, giggly games with friends and shrieking at scorpions and snakes, despite living in the shadow of the cartel, whose men occasionally descend on the village to kidnap young girls from their families (the abandoned house of Ana’s friend Juana, who was thus “taken,” is a sinister playground for local kids). Ana has a strong, sometimes strained relationship with her unsmiling, hardened, resourceful mother; an unbreakably close bond with her two besties, Paula (Camila Gaal) and Maria (Blanca Itzel Pérez); and a shy, childish flirtation with Maria’s brother, Margarito.

While, again, she might not understand exactly why, when Rita insists that Ana get her lovely long hair cut into a boyish crop, and Paula must do the same, the girls submit, crying, to the chop. Maria, who has a harelip, is spared. The unspoken assumption is that Maria’s disfigurement is a blessing: The cartel men won’t want her, just as they will pass by the homes of young boys. That it’s best not to be too feminine, too pretty, too obviously unprotected by men is not the only facet of the film’s fascinating commentary on gender: Rita occasionally takes on “mannish” qualities, as though in this world of single women and girls styled to look like boys, a mother must also be a father, even if that means assuming a mean-drunk-dad persona at certain times.

Dulling down the bright, dangerously noticeable edge of Ana’s incipient sexuality gets more difficult as she gets older, a process Huezo covers in her most daring formal leap, which is replacing the three excellent child actors playing Ana, Paula and Maria with three equally excellent young teenagers (Marya Membreño, Alejandra Camacho and Giselle Barrera Sánchez, respectively). Now they are in a local one-room school, crushing on their teacher Leonardo (Memo Villegas) and visiting the rodeo where Margarito (Julián Guzmán Girón) performs when he is not proudly working, in a low-level capacity, for the cartel.

Most of the time, however, the Mexican drug trade is an impersonal threat that hovers like the helicopters that with minimal warning will spray toxic chemicals onto the poppy crop and onto any unsuspecting passerby who has not taken shelter. Like childhood itself, Huezo’s film, which is loosely adapted from Jennifer Clement’s 2014 novel of the same name, unfolds in episodes and pauses and interludes; catastrophe, when it comes, is all the more devastating for our complete immersion in the world it will threaten to destroy.

Under the haunting strains of Jacobo Lieberman and Leonardo Heiblum’s elegant, restrained score, Dariela Ludlow’s unobtrusively lovely photography is key to the film’s universe-building, finding frames of breathtaking strangeness within these everyday lives. At night, the women dot a nearby hillside where the spotty cell reception is a bit better; their screens stipple the darkness eerily, turning their floating faces ghostly with reflected LCD light. By day, childish games of hide and seek are made gently chilling by foreshadowing moments in which a sheet looks like a shroud.

The girls believe they can read each other’s minds, especially when they hum on the same frequency — a game poignantly relatable to any of us who were ever little girls with best friends, and that here hints at all the darker energies that swirl throughout this beautiful but blighted land, drowsy with cricket song and the hooting of owls. The film may be called “Prayers for the Stolen,” but it is much more a heartbroken lament for the circuits that are broken when the stealing happens, and for the spaces the stolen leave behind.