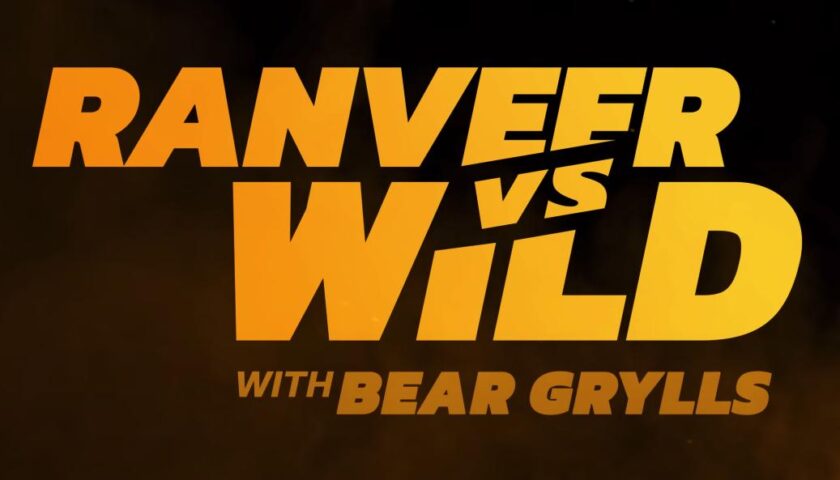 Ranveer Singh can do anything and does everything. In last night’s maiden episode of Koffee With Karan, during a ‘Koffee Bingo’, he circled almost all the things, keeping up with his wild (read unrestrained) persona. That included some risqué bits like ‘doing it in the vanity van’. Well, he has added another one to the list: cuddling with Bear Grylls in a jungle at night. Serbia probably gets really cold.

His quest is simple—navigate through the Serbian forest and get the Ramonda Serbica, a purple flower capable of surviving extreme harsh conditions, for Deepika Padukone. He knows about the popular deification of his wife and maintains the image of the die-hard wooer. The message is: you have to earn marrying Deepika and you have to maintain that. “Happy wife, happy life,” he tells Bear.

The special begins with Ranveer running away from a (CGIed?) bear to be rescued by another Bear (had to). Along the way, going by the interactive nature of the episode, Ranveer is presented with different choices which include advantageous ones like whether to take a grapple gun or a flare, sadistic ones like eating maggots or boar testicles and intrusive ones like talking about his true self or how he met Deepika. As the viewer, you can pick any but you know he will still make it. There are no slips on alien terrain, no grass cuts on hands, no unforeseen animal encounters. Even the bear they later play dead to is the one Ranveer was trying to escape at the start. “He is the one from the morning,” he says. But how does he know?

In Netflix’s Black Mirror: Bandersnatch, the choices decide the fate of a (fictional) character. Ranveer Vs Wild, although starring Ranveer as himself, seems more staged. During the trailer launch of the episode, the makers had said that it is ‘like a game’ and a step towards bridging the gap between films and gaming. Games aren’t that fun if you know you’ll win.

Ranveer, apart from his physical strength , is also testing his limits of being entertaining. He will dance in front of wolves, crack jokes into the camera and exhibit his Johnny bravado every step of the way. He seems like an influencer doing a vlog in the jungle. There are moments, however, where he reveals why he is doing this. “To get in touch with my primal self. I am finally in an actual jungle for the first time beyond Aarey,” he ponders. Give it a few years.

Moreover, since Bear started tagging along with celebrities and Prime Ministers on their casual treks into the wilderness, the thrill has faded. I remember hearing about Bear from school nerds who told everyone they watched Discovery Channel for fun. He was the man with no fear and who drinks his own piss. During the episode when Ranveer finished his water and felt dehydrated, I was screaming inside. Tell him, Bear.

Ramonda Serbica, though, has an interesting history. It is a flower which can, even if completely dried, be revived by just a little sprinkling. It is a symbol of Serbian suffering after the armistice during the First World War. Ranveer Vs Wild made me sigh and drink a full glass of water.