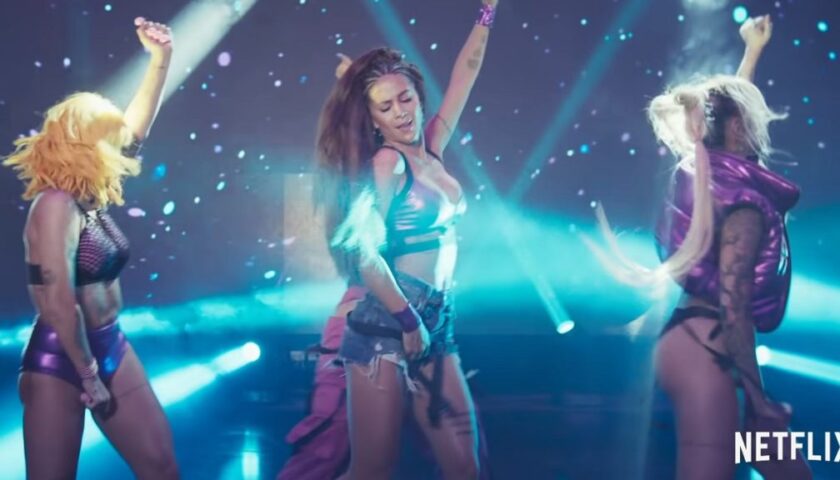 If Savage Rhythm was a film, we could argue that the concept is like many other addictive narratives surrounding competitive dance. Two dancers who are absolute polar opposites, attempting to make it in their art. In the case of Savage Rhythm, Antonio and Karina have soberingly different lives; one coated in privilege, while the other is placed in a struggle.

Interestingly, Antonio, the privileged one, has a life where her mother lives through her vicariously. I always find it fascinating when I witness a case study of a person that, by definition, “has it all,” but that does not bring happiness. I sincerely believe that purpose is the primary human drive, and having a parent that tries to direct life choices is a depressing outlook for anyone. On the other hand, Karina has to perform for a highly talented dance crew while fending off her creepy boss in her typical day-to-day job.

But of course, the premise kicks in when Antonio and Karina are connected by their passion – dancing. While Antonio is desperate to be accepted into a prestigious dance studio called the Royal, Karina and her dance crew get an opportunity. But with failure comes desperation, and the real story starts when Antonio admires Karina’s dance formation, and asks for help.

The contrast in social issues is ambitious in Savage Rhythm, but the female leads and their supporting cast are plentiful to sell the concept. It’s undoubtedly a gritty ordeal, with the dance series attempting to hold up a torch to the art while at the same time bringing the vibrance of young adults. Season 1 raises the stakes rather quickly, increasing tensions and a treacherous path for both dancers. Savage Rhythm is not a kind world at all, with plenty of sparks flying and a few moments of peril.

There’s no arguing that Savage Rhythm is certainly entertaining, but this story has been rehashed many times. It requires the audience to embrace it.