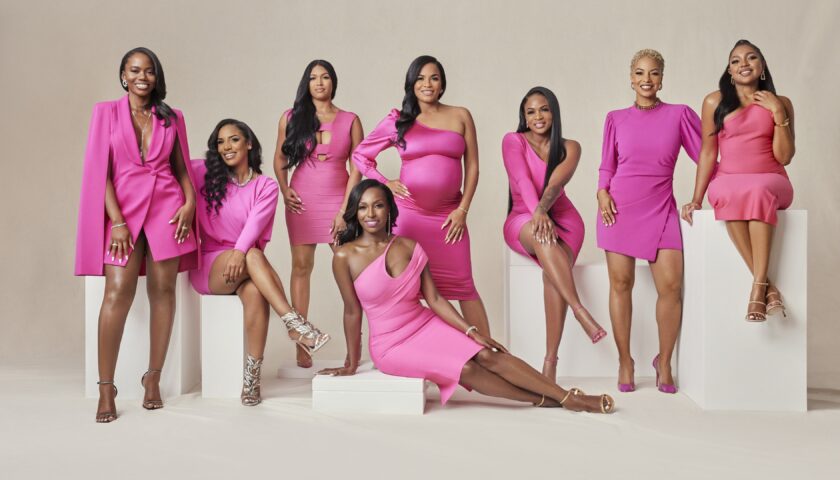 If you’re still in the mood for a reality television show featuring petty in-office drama among beautiful women real estate agents after completing the lackluster fourth season of Selling Sunset, you’re in luck.

Selling Tampa, a new Netflix show from Adam DiVello (Laguna Beach, The Hills) out today, features all women of color in its cast — and the stakes are higher and the drama more thrilling than in the original.

In the latest iteration of the real estate franchise, Sharelle Rosado is the head agent and creator of the brokerage Allure Realty. Rosado, a big-hearted individual and no-nonsense entrepreneur, is engaged to former NFL player Chad Johnson. Throughout the season, she tries to nail the delicate balance between fostering a family environment within her brokerage while keeping dissent from the subordinate agents at bay, all while trying to be a mother and make a name for herself in the highly competitive industry of luxury real estate, a difficult market for Black women to excel in.

The other agents are equally as interesting. There’s Tennille Moore, whose face always reflects whenever there’s tomfoolery afoot; Alexis Williams, Moore’s frenemy and the office slacker, an unofficial designation she shares with Karla Giorgio; Rena Frazier, one of the longest-serving employees at the brokerage who has aspirations of her own; and Juawana Colbert, the coworker who rubs folks the wrong way because she takes her job a little too seriously while cozying up to the boss, Rosado. Anne-Sophie Petit-Frere and Colony Reeves are, without question, standout additions, as they’re close friends who refer to themselves as the “nieces” of the brokerage while the other agents, who are a little older with somewhat chaste sensibilities, are the “aunties.” Another great aspect of the show is that the agents all fill somewhat stereotypical roles we’ve all come to expect in our own places of work.

Selling Tampa avoids the mistakes of the previous season of Selling Sunset by focusing on several dramas throughout the entire 10-episode first season instead of letting one personality — like Christine Quinn — hemorrhage the show’s stakes. Basically, they’re all complex, unpredictable human beings who all get enough screentime for their own disparate tensions with one another to breathe and develop, the ideal recipe for must-see reality television.

One of the main points of contention revolves around salary and pay. The vibe on Selling Tampa is reminiscent of a startup company, and since Allure Realty is growing but not yet established like, say, the Oppenheim Group, Rosado takes drastic measures without factoring in feedback from other employees. During a scene where there’s an office-wide meeting, Rosado informs the agents that their pay will be docked, with the commission split changing from 95/5 to 80/20.

Naturally, this abrupt and unexpected change creates pockets of chatter among the women in the office, with the agents deciding the best way to approach Rosado about the changes. Frazier, who has been at the company for longer than most agents, takes Rosado to task. She asks questions about where the money from their pay cut will go in terms of business expenses, and whether or not employees could expect subsequent reductions in pay. It’s a delicious moment for anyone who’s ever participated in discussions with their own employer about money, but the manner in which Rosado changed pay (without a proper heads-up) flies in the face of her mantra that working at Allure is like working with family. If they’re family, why not have the decency to approach the agent to let them know that you’re going to be majorly impacting their livelihood? At its heart, there are real-world issues addressed within Selling Tampa, especially as they relate to employees feeling undervalued.

But that’s not all the show is — it often feels like Game of Thrones set in a tropical location because all of the agents are so calculating you can never truly tell where certain people’s loyalties lie. There’s divorce drama and the subsequent shame that manifests after people find out; alleged client stealing and clandestine talent poaching attempts; hilarious conversations about what, exactly, qualifies as professional attire; and Beyoncé cosplaying. The first season of Selling Tampa has it all, making it the perfect low-stakes binge-watch for the forthcoming holiday season that will leave you wanting more.