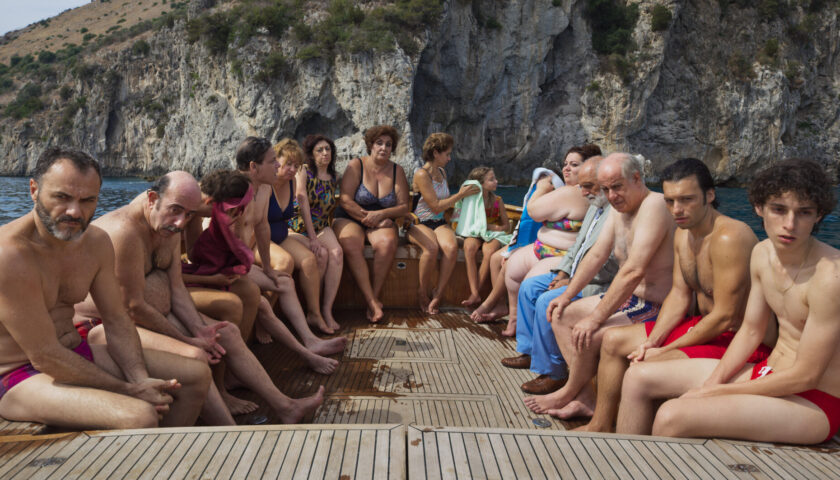 The Hand of God is about a teenager Fabio who is part of an extremely close-knit family based in Naples. Crazy about Maradona, his life takes a different turn when his parents die in an unforeseen circumstance. The Hand of God is a semi-autobiographical film that talks about a brief period in director Paolo Sorrentino’s life when footballing legend Maradona was about to join the Napoli club.

Review: The Hand of God is an extremely personal film by director Paolo Sorrentino and covers the years when he was at the crossroads of life. He had just lost his parents due to Carbon Monoxide poisoning while holidaying outside the city and was on the lookout for the meaning of life. A teenage Sorrentino is saved courtesy of the season pass that his father had gifted him as a birthday present and thus the ‘Hand of God’.

The plot of the film is intertwined with events leading to Maradona joining the Napoli club for the Italian league and thus Maradona is a recurring event in the entire film. Despite the movie being extremely intimate, nowhere does the happenings of the film become loud. The proceedings are restrained and avoid clichés. The events depicted are like what happens in the lives of the family living next door. Though this is a period film, Sorrentino rather than relying on physical designs gives more emphasis to events of that era in a very subtle manner to narrate his story forward. And thus we have Federico Fellini taking auditions of his next film where Fabio’s brother Marchino is one of the participants and goes to try his luck. There is an Al Pacino reference too when the father picks up a VHS copy of Once Upon a Time in America for family viewing. All such subtle hints only add elegance to the story. It’s evident that this movie is Sorrentino’s Roma or Amarcord and just like the two films, this too is an eminently watchable affair.

The film incorporates all facets of a typical Italian family where most members are ardent believers of Joie de vivre. You have several characters in the film and all are bestowed with unique traits and for the precise reason even after the film is over you remember most of the characters. It is evident that the death of his parents was an event that changed the entire trajectory of his life and thus a revisit of his previous film would help us understand his films better. In the end, The Hand of God is a gorgeous film that pulls you into the world of Fabio and the residents of Naples. Look for the luncheon sequence at the beginning of the film or the sequence when Fabio experiences sex for the first time.

Filippo Scotti as Fabietto Schisa (modelled on Sorrentino), Luis Ranieri (Patrizia), and Sorrentino’s perennially favourite Toni Servillo (Saverio Schisa, the father) pack in a punch with their believable performances. After having made a mark with The Great Beauty, Youth and The Young Pope, The Hand of God is a worthy follow-up. It has all the ingredients that life has to offer, without any frills, and the film demands to be savoured. The pain and love are writ large on Fabio’s expression and that also sumsup the mood of the film and the nature of Sorrentino’s film.