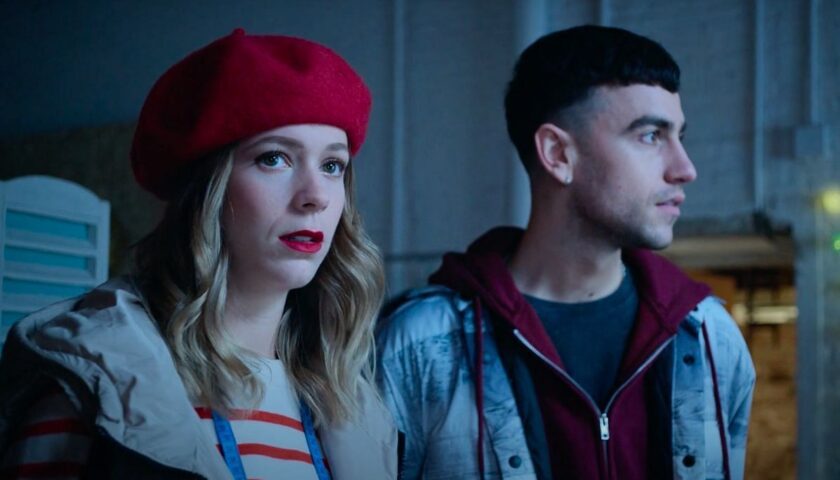 The first of the three installments of Elite Short Stories 2 is here. Elite Short Stories: Phillipe Caye Felipe focuses on the aftermath of Caye and Phillipe’s breakup, picking up after the events of season 4 of Elite. Created by Darío Madrona and Carlos Montero, the show features Georgina Amorós, Àlex Monner, and Pol Granch in the lead roles.

Elite Short Stories: Phillipe Caye Felipe was released on Netflix on December 15, 2021. The mini-series has less than 40 minutes of runtime and can be watched in one sitting while you grab a snack.

“Just as Cayetana is trying to get over her ex-boyfriend with the help of her new friend Felipe, the Prince reappears in her life.”

Elite Short Stories: Phillipe Caye Felipe offers a bonus look for Elite fans into the lives of the Prince and Cayetana after she dumped him. Set during the festive season, it shows Cayetana trying to move on from her hurtful relationship with Phillipe, but the Prince doesn’t make it easy for her.

At a clothes donation center, Cayetana runs into Felipe, who is a charming, funny, and compassionate guy dedicated to helping the less fortunate. Despite the irony of his name, Caye finds herself attracted to him as she volunteers at the center to sew and upcycle donated clothes.

However, as she eventually finds out, starting a new romance with Felipe won’t be easy for Caye because Phillipe will go to any lengths to win her back. As a result, she has a hard time convincing herself and Felipe that she has moved on with Phillipe back in her life.

Did Cayetana choose between Phillipe and Felipe? Did she finally find her footing? Watch Elite Short Stories: Phillipe Caye Felipe to find out. Without spoiling much, rest assured, everyone gets a happy ending.