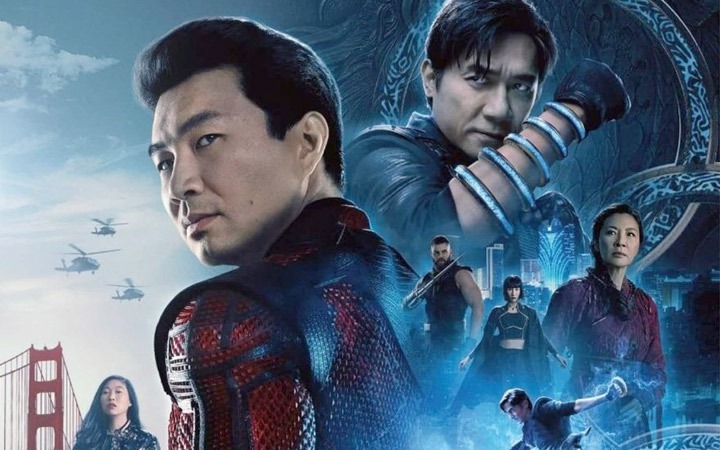 Although it often feels as though barely a month passes without another comic book movie puffed as a new pinnacle of achievement for the superhero genre, it’s vanishingly rare for a film to actually deserve its hype. But Shang-Chi and the Legend of the Ten Rings does so, and more. Director Destin Daniel Cretton, who co-wrote with Dave Callaham and Andrew Lanham, is canny enough to realise that the key to success with an effects-driven, eye-popping extravaganza is not the CGI spectacle, it’s the basic stuff. Textured characters. Karaoke and shots-fuelled friendships. And electrifyingly badass fight choreography.

In the goofy exchanges between Simu Liu’s Shaun (heir to his father’s tricky relationship with power, and his mother’s fierce empathy) and his best friend, defender, drinking buddy and fellow valet car-parker Katy (Awkwafina), the film is already one of the freshest Marvel pictures in a long time. And that’s before the fight on a runaway bus featuring an eastern European man mountain with a laser arm prosthesis.

But perhaps what’s more telling than where this film fits within the Marvel universe (it’s an outlier, and all the better for it) is how elegantly it slots into the wuxia fantasy-infused Chinese martial arts tradition. Both in casting (Crouching Tiger, Hidden Dragon’s Michelle Yeoh, as serene and deadly as ever, and Hero’s Tony Leung take key roles) and in set pieces (there’s a nod to the iconic bamboo forest sequence in House of Flying Daggers), the film takes its cues from the martial arts epics of the early 2000s. Paying homage without becoming derivative is a difficult balance, but the film succeeds.

Likewise, Cretton negotiates potential cliches such as flashback sequences and that hoariest of old chestnuts, the training montage, with a gravity-defying lightness of touch. It’s only at the very end, when the picture trades its focus on exquisite, thrillingly executed fight sequences for a battle between a bunch of special effects, that this exhilarating blend of genres loses a bit of its shine.