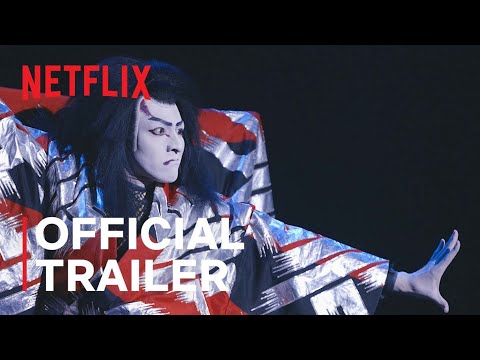 Toma Ikuta grew up around people who excelled at performance. While appearing on several popular Japanese teen dramas in the 2000s, Ikuta attended high school with other young actors and singers, so many of whom rose to fame that Ikuta and his best friend, the Kabuki actor Matsuya Onoe, bonded over not getting as many acting gigs as their peers. As Ikuta grew older, watching his classmates pursue their careers beyond the teen idol phase began to take a toll on his own self-esteem: “There was jealousy,” he admits in the new Netflix documentary “Sing, Dance, Act: Kabuki Featuring Toma Ikuta,” adding, “or rather, I felt ashamed for the first time.”

The film, directed by Tadashi Aizawa, follows Ikuta, now in his mid-30s, as he works to fulfill his lifelong dream of acting in a Kabuki performance, where he feels that he truly belongs. His passion for the art form was inspired by Onoe’s late father, also a prominent Kabuki actor, and it’s Onoe himself who leads the production and teaches Ikuta the fundamentals of Kabuki-style expression and movement, including roppo, the dramatic way that Kabuki performers may exit the stage, and mie, the distinct poses that actors settle on during moments of emotional intensity.

Even for viewers with no relationship to Ikuta or his prior roles, “Sing, Dance, Act” provides a fascinating look into Kabuki theater and the particular sets of skills that are required to pull off such idiosyncratic performances. And it’s undoubtedly satisfying to watch Ikuta, initially unsure of himself, transform into a promising Kabuki actor who leaves even the pros in admiration. In perhaps the film’s clearest window into what makes Kabuki mastery so elusive, a renowned Kabuki actor points out how impressed he was by a single, subtle turn that Ikuta made during one of his scenes. “I doubt anyone else noticed it,” he admits. But “as a professional,” he adds: “Wow, he pulled it off!”