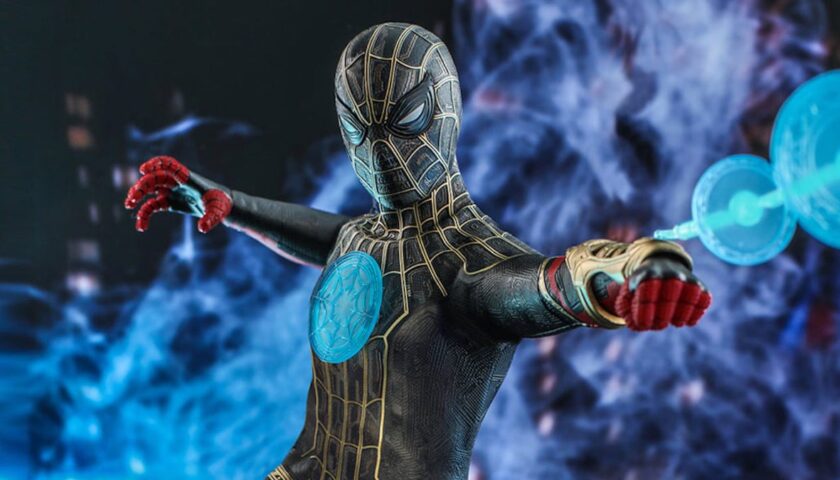 I wonder if Quentin Tarantino is even aware he accidentally created the perfect shorthand for the most annoying form of pop culture discussion, that shot of Leonardo DiCaprio from Once Upon a Time in Hollywood enthusiastically pointing at a screen, which has become the dominant way to say “I recognize the thing.” The pursuit of “recognizing the thing you know from before” has seeped its way into the fabric of blockbuster filmmaking, replacing things like character and story and individual scenes with a collage of shout-outs to stuff that made the audience happy 1-4 decades prior. It’s why one of the greatest filmmakers of all time, Steven Spielberg, made the 80s nostalgia gobbledygook Ready Player One; it’s why Jason Reitman can describe Ghostbusters: Afterlife as “the biggest easter egg hunt of all time” as the pitch; it’s why Warner Bros. stuck a couple of rapists from A Clockwork Orange and the nuns from psychosexual X-rated horror The Devils in the background of a Space Jam sequel. The obsession with IP of the past is swallowing the most beloved characters and stories of today, and it appears that phenomenon has finally come for Marvel’s most precious boy: Spider-Man.

Last night, the much-hyped trailer for Spider-Man: No Way Home finally dropped. It’s a good trailer, it’s an exciting trailer, and there is no discernable difference between this trailer and the Hobbits from Lord of the Rings going buckwild for a basketball game in Space Jam: A New Legacy. Yepp, Alfred Molina reprises his Spider-Man 2 role of Doctor Octopus. We hear Willem Dafoe’s trademark Green Goblin laugh from Sam Raimi’s 2002 Spider-Man. We, above all else, recognize the thing from before.

I should make it clear: Both Molina’s Doc Ock and Dafoe’s Green Goblin are firmly chiseled onto the superhero movie villain Mount Rushmore. It’s two incredible performers putting on two incredible performances, their ability to blend pathos with comic book-sized cartoonishness setting a benchmark that’s still rarely being touched almost two decades later. To be even clearer: It is, in fact, very exciting to see Molina pop up at the end of that trailer and say, “hello, Peter.” But, as they say in wrestling, it’s a cheap pop. It’s empty calories. It’s not a great moment, it’s a plastic repackaging of a previous great moment. It’ll get the Endgame-level reactions in the theater, but what’s next? You do a disservice to the stories you’re trying to tell in the present by reminding the audience how much better things used to be. (Or, more accurately, how much better they think things used to be.) Iconic performance can’t become iconic if they’re not allowed to stand alone in their time. Think of all that would have been lost for the brief thrill of Christian Bale’s Batman slipping through a time hole to meet Jack Nicholson’s Joker.

And it all circles back to Marvel’s ongoing reluctance to let Tom Holland’s Spider-Man star in his own Spider-Man movies. The No Way Home Trailer gives Peter zero memorable moments; it’s too busy recapping what happened in Spider-Man: Far From Home, introducing Benedict Cumberbatch’s Doctor Strange, and then setting the stage for the return of a few villains that don’t even belong to Holland’s Spider-Verse. (A substantial part of the fun of having so many dang superhero movies is the casting process, and I would have loved to see who filled the shoes of a new Doctor Octopus and Green Goblin.) This movie and the hype surrounding it don’t belong to its central character. The question is, who will we see besides Tom Holland? Where are Tobey Maguire and Andrew Garfield, two previous Spider-Men, one of which led a series we didn’t even like? Is that Thomas Haden Church’s Sandman from Spider-Man 3? Is that half a second of Rhys Ifan’s Lizard from The Amazing Spider-Man? Is that THE rolled-up shirt sleeves of Charlie Cox’s Matt Murdock from Netflix’s Daredevil?

When you’ve already gotten down to analyzing arm hairs, at what point do these things stop being movies? We’re all just sitting in a theater playing Where’s Waldo together. It’s the nostalgia before the story, it’s reprisal after reprisal—in Star Wars’ case, this keeps going beyond death—over something new. It’s fun. We’re all having fun here. But the biggest movies in the world aren’t telling us A-Z stories anymore. They are, incidentally, realistically creating what it feels like to be the lost branch of a multiverse, where the only things worth getting excited for will either happen in the future or already happened years ago.