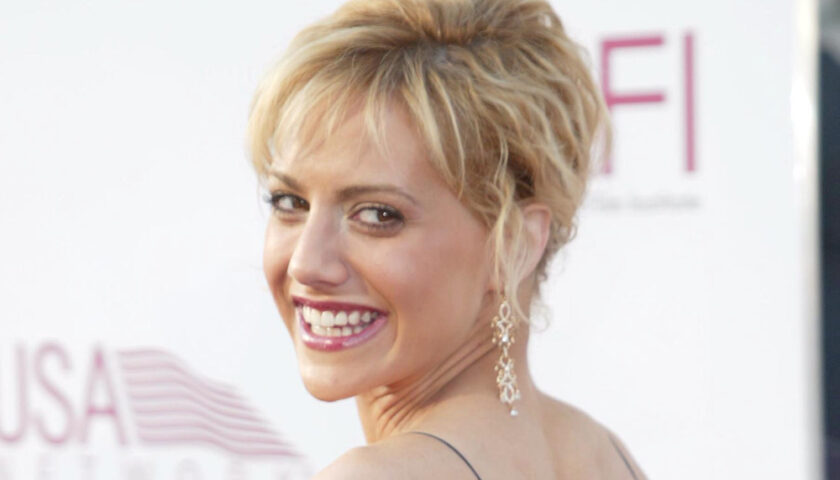 The 2009 death of Brittany Murphy, the 32-year-old film star, is the sort of tragedy about which it’s tempting to search for answers — be they practical, about how it happened, or more cosmic, about what greater meaning can be found in the loss of life and potential here.

And yet some sets of facts exist beyond our ability to make satisfying sense of them. Sometimes, things are just sad. For all its probing into dark and uncomfortable places, the new documentary series “What Happened, Brittany Murphy?” can come to no more clarifying answer to its title question than what had seemed apparent to a viewer before the series began. As for meaning, “What Happened” settles for the bleakest and dullest of Hollywood cliché, ending in a place that degrades Murphy’s memory while pretending to honor it.

Murphy was an ebullient, bright presence in films like “Clueless,” “8 Mile,” and “Sin City,” though her career had wound down by the time of her death. She had been losing opportunities in part due to gossip, represented onscreen by the blogger Perez Hilton, taking his umpteenth opportunity to make a show of apologizing for the malice he added to the conversation while actually putting the blame nebulously on the cultural climate. Similarly, tabloid reporters from the era express wonderment at how Murphy suffered in plain sight, with a seeming lack of perspective or irony.

Other, somewhat more credible on-camera sources describe how Murphy came to appear visibly frail and altered, incapable of executing her job as a performer and in apparent ill health. Her husband, who himself died less than a year after Murphy did, comes in for criticism as an operator and a controlling figure, and his role in Murphy’s life remains unsettled. Because we get no meaningful sense of who Murphy was as a person beyond cliché — she loved to perform, she was really sweet, and so on — we can’t understand what he meant to her, or why she was so susceptible to his malign influence.

The reality is that both members of the marriage are gone and we can’t know their perspectives. Into that gap rushes grim, eerie speculation. Murphy’s passing might be “about” a bad marriage, or the way women are pressured in Hollywood, or the inaction of bystanders. We can’t know, and so all of them are made to feel true enough. As for the literal matter of her cause of death: Rarely have I as a viewer felt quite such a sense of intruding where I don’t belong than when the examiner who performed Murphy’s autopsy describes the process of examining the departed’s lungs. The takeaway: The star’s fate had several authors, but pneumonia is the stated reason.

It’s not that this is inherently off-limits (although it comes close). It’s that director Cynthia Hill has nowhere near the control of tone or the insight about her subject to make it feel like anything other than, well, gawking at an autopsy. The documentary, randomly split in two hourlong parts though it lacks sufficient material to hit the 90-minute mark, at times intercuts footage of YouTubers taking it upon themselves to say that they believe something more was going on with Murphy. As a gesture towards the Wild West nature of the online commentariat, it feels random at best, given that Hill cannot satisfy these individuals’ curiosity, and doesn’t really try. More often, it feels like Hill trying to play the game on easy mode, using anonymous and random figures from the social web to assert something she can’t marshal the evidence to credibly state through her filmmaking.

Murphy compels us, beyond what the impact of her career might suggest, first because of her daffy charisma, which the film serves up in snippets, often tastelessly seeming to comment on the action of Murphy’s own life. They’re more gripping than anything else onscreen, and certainly a more richly evocative sense of what was lost than anything else in “What Happened.” Her story is, too, engaging because of its baleful sense of Murphy’s having disappeared in plain sight, falling from fame to a reclusive existence to death. This is undeniably compelling at a visceral level, but respect demands that we progress at least somewhat beyond the visceral. Otherwise, a filmmaker like Hill is hounding her subject in death the way many did in life.

Murphy is not allowed, here, to exist as a gifted artist with a story worth remembering: We must literally discuss the shape of her organs on camera to verify that she died in a way that’s pleasing to the narrative. When watching a Netflix feature doc about Murphy’s contemporary, Britney Spears, last month, I wondered to myself what it would take to make the hacky, careless exegeses stop, to convince everyone that we’ve had enough mythologizing. What, indeed, would it take for us to allow the perpetual subject some space for her artistic legacy to be considered on its own terms, to say nothing of finally taking into account her privacy or her human dignity? The answer to that question, HBO Max’s unworthy documentary makes clear, is nothing, not even death.