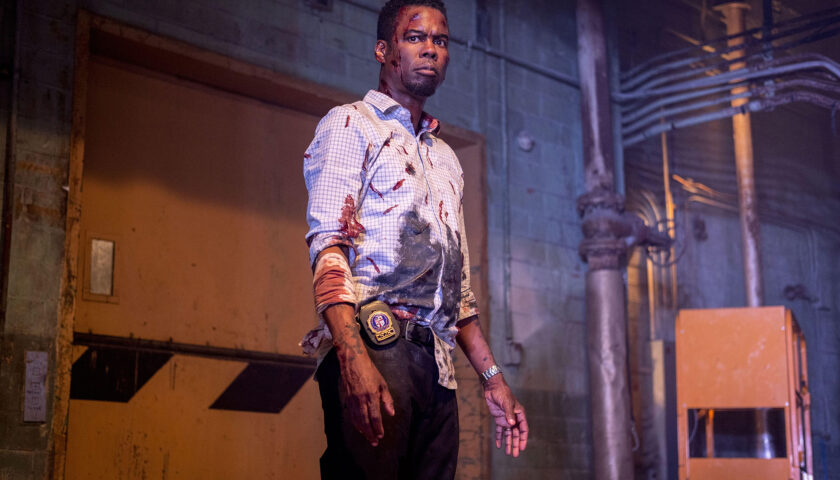 There is still some before Spiral: From the Book of Saw is hits theater screens. While many might be expecting trailers or stills to fuel the hype for the franchise’s next instalment, the horror film had something else to share with fans. Something uncharacteristic of Jigsaw, but just as horrifying in its own way.

Spiral: The Book of Saw was originally scheduled to hit theaters on May 15, 2020. However, in response to the coronavirus (COVID-19) pandemic’s impact on movie theaters, distributor Lionsgate pulled the title from its release slate. Shortly afterward, it was given a new May 21, 2021 slot before settling on its current release date.

Spiral: The Book of Saw is a new take on the Saw mythos centered on detective Ezekiel “Zeke” Burns (Chris Rock) who begins investigating a series of murders that could be connected to the Jigsaw killer. Though a crime thriller is new territory for this franchise, Spiral co-writer John Stolberg has stressed that this new production does not eliminate prior Saw features, writing, “The film is NOT a reboot. It is canon.”

Directed by Darren Lynn Bousman, Spiral: From the Book of Saw stars Chris Rock, Samuel L. Jackson, Max Minghella, Marisol Nichols and Zoie Palmer. It is set scheduled to hit theaters on May 14.

The full trailer has dropped for the new Saw movie, Spiral: From the Book of Saw, pitting Chris Rock against a potential Jigsaw copycat.

Rock stars as Ezekiel “Zeke” Banks, a detective who investigates a series of grisly murders modeled after the crimes of the original Jigsaw. The trailer shows Zeke receiving a mysterious package from the killer, along with a recorded message asking, “Do you know where your officers are?” It goes on to preview the disturbing traps and murder scenes Zeke encounters over the course of his investigation, in addition to suggesting the killer has a personal motive — one possibly connected to Zeke’s father, “an esteemed police veteran” — for targeting him. Along the way, the trailer provides a small taste of the movie’s soundtrack, including the new single “Spiral.”

Unlike previous films in the Saw franchise, Spiral is a cross between a straight horror movie and a mystery/thriller in the vein of David Fincher’s Se7en or Denzel Washington’s recent serial killer drama, The Little Things. However, despite the slight change in genre, co-writer John Stolberg has emphasized the movie is not a reboot, saying “All the [Saw] films exist in the same universe. And who knows, maybe [Spiral] will tie all the stories together. You never know,” he added.

What’s more, Spiral is a passion project for Rock, who not only starred in the film but also executive produced and even pitched the movie to Lionsgate. “Chris came in with a thriller concept,” director Darren Lynn Bousman said in a recent interview. “He pitched this very elaborate, dense idea. We wanted it to feel much more like [Se7en]. But it has so many ties to the mythos of Saw.”

A criminal mastermind unleashes a twisted form of justice in Spiral, the terrifying new chapter from the book of Saw. Working in the shadow of his father, an esteemed police veteran (Samuel L. Jackson), brash Detective Ezekiel “Zeke” Banks (Chris Rock) and his rookie partner (Max Minghella) take charge of a grisly investigation into murders that are eerily reminiscent of the city’s gruesome past. Unwittingly entrapped in a deepening mystery, Zeke finds himself at the center of the killer’s morbid game.